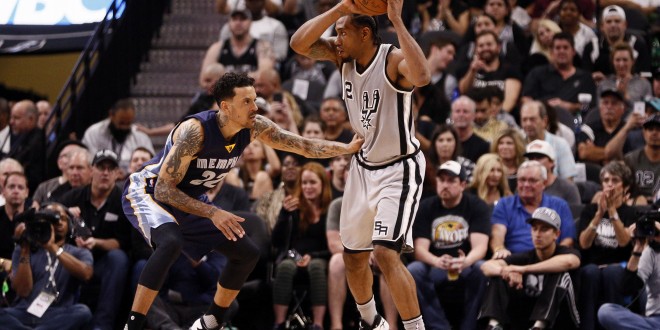 Entering the NBA playoffs, the Boston Celtics had to love their chances. They played well as the season wore on and had a favorable first round match up with the Atlanta Hawks. The team looked solid all-around, with a deep rotation of players that could make up for the lack of a superstar.

However, after Game 1 of the series, Boston isn’t feeling nearly as comfortable. The rotation has become much thinner, as guard Avery Bradley and center Kelly Olynyk both went down with injuries.

Bradley, Boston’s six year guard out of Texas, provided a significant role in making the Celtics offense and defense potent. Known as one of the best perimeter defenders in the league, Bradley consistently guards the best opposing guards on the court. The injury occurred while Bradley was attempting to defend Atlanta guard Jeff Teague. He heard a pop, and immediately left the game after that. He totaled 18 points and three rebounds in 33 minutes of action.

Head coach Brad Stevens says that Bradley will most likely be out for the remainder of the series, which cripples a Boston offense that lacks a go-to scorer. Bradley is averaging a career high 15.2 points per game, good for second on the team. With his injury, the Celtics will have to put a larger offensive burden on Isaiah Thomas, who made his first All-Star team this year and averaged 22.2 points per game to go along with 6.2 assists and three rebounds. Apart from Thomas, the Celtics will look for reserve guard Evan Turner to step up his game as well. The seven year veteran out of Ohio State had a very productive season coming off the bench, improving his points per game and field goal percentage while maintaining his assists and rebounds at around the same rate.

As if things couldn’t get much worse, the Celtics may also be without reserve center Kelly Olynyk, who is dealing with a nagging shoulder injury. The big man is listed as questionable, and if missing, he can leave a hole that will be tough to fill with his shooting range and rebounding.

Meanwhile, the Hawks look to capitalize on what they can call a sloppy performance on their behalf. With a huge lead for a large majority of the game, the Hawks will look to re-create that without the late collapse that soured the taste of a Game 1 home win. The Hawks had three different players score over 20 points each, and that sharing of the ball is what kept the Hawks on top of water throughout the course of the game.

Turning to the Western Conference, the San Antonio Spurs will look to continue their dominance of the Memphis Grizzlies. The Spurs took the first game by 32 points, with their leading scorer being Kawhi Leonard with 20 points. Shortly after the game, the forward would learn that he is the 2015-2016 NBA Defensive Player of the Year. Leonard has now won the award two years in a row, leading a strong defensive attack from the Spurs that is unmatched by the rest of the league.

Head coach Greg Popovich spoke of the blossoming star, speaking of both his effectiveness and his humble demeanor on and off the court.

The injury-riddled Grizzlies are more than likely just looking to make the series look competitive. With players such as Vince Carter, Jordan Farmar, and Matt Barnes being considered large parts of the offense, Memphis knows that it just had one of the worst seasons it could think of in terms of health. After losing Marc Gasol for the year with a broken foot, the Grizzlies proceeded to lose point guard Mike Conley, center Brendan Wright and guard Mario Chalmers. The Grizzlies had 28 players on their roster this season, which is most EVER for a team in a single season.

If that doesn’t showcase how unlucky they are, nothing will.

However, that doesn’t mean that the Grizzlies are going to go down easy. In fact, Vince Carter says that the little things were what separated the two teams on Sunday.  The Spurs will still have to travel to Memphis for Games 3 and 4 of the series, and that home crowd for the Grizzlies might be just what they need to infuse them with some energy.