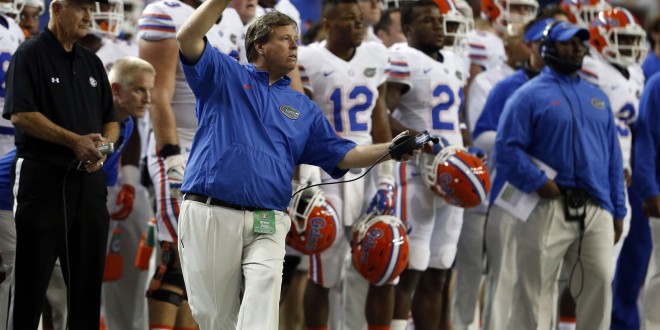 Gators to Renew Rivalry with Hurricanes

The Gator football team is set to face the Miami Hurricanes for the first time since 2013 when they kick off their college football season against each other in 2019.

The last time the two programs clashed, the Gators were defeated in Miami by a score of 21-16. However, this time around, the two clubs will be meeting on neutral ground in Orlando.

Florida-Miami Rivalry to Kick off 2019 Season in Orlando

Despite beginning their series in 1938, the teams have met on neutral territory for just six times throughout their history. Although the Hurricanes currently lead the overall series 29-26, both teams have won three games a piece on neutral ground.

The two teams will meet at Camping World Stadium as a part of the Camping World Kickoff series that includes season openers in Orlando in both 2016 and 2018.

Ticket information for the game will be announced at a later date.