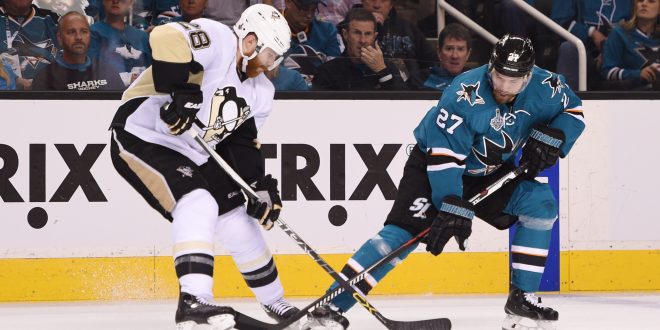 The Pittsburgh Penguins are back at home tonight as they look to wrap up the Stanley Cup Finals against the San Jose Sharks.  Pittsburgh leads the best of seven series 3-1.

Both teams have kept every game in this series very tight with the Games 2 and 3 ending in overtime. Game 4 was the first game that the Sharks have lost by more than a goal.  Although this series has not been going in favor of the Sharks, San Jose head coach Peter DeBoer said that the series has been closer than it appears and if the Penguins should stumble in Game 5, his team must take advantage.

GAMEDAY! Time to flex the best road record in the league.

Sharks center Joe Pavelski says that the team is not discouraged but has to go out and play and ultimately, start the game stronger.

The Penguins have had the upper hand this series by scoring first in every game. Even in the Sharks’ 3 to 2 overtime win in Game 3, the Penguins scored their first two goals in the first and second periods before the Sharks would score their second goal to tie the game in the third.

The puck drops tonight at 8 p.m.