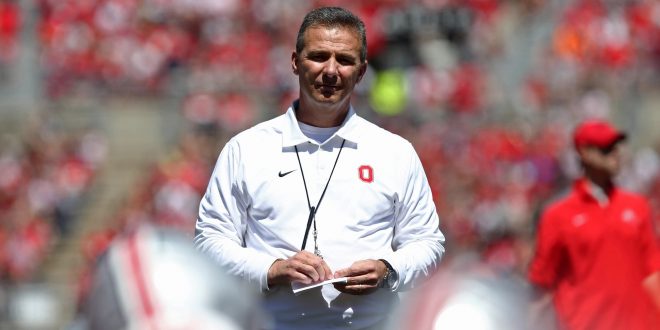 Meyer developed a relationship with Foley early on, and they continue to communicate to this day. After Foley’s retirement was announced, the AD told Meyer that he is in great shape, and so are the Gators which makes this the right time to leave the program . Foley and Meyer began their friendship in the process of moving Meyer from coaching the Utah Utes to coaching the Gators. It was Foley’s personality and thoroughness that eased the transition for Meyer. In addition to having enough personality to bring over great coaching talent, Foley’s style as athletic director was simple and efficient.

Foley values his coaches and fosters friendships with them, a sentiment echoed by former Gator Basketball coach, and head coach of the Oklahoma City Thunder, Billy Donovan. Meyer believes that Foley will be greatly missed, and whoever is picked as Florida’s next athletic director will have large shoes to fill.

Meyer is doing well in his current position at Ohio State. The Buckeyes had a 12-1 season culminating in a win against Notre Dame in the Fiesta Bowl.  This great season transitioned into a great offseason as the Buckeyes’ 12 2016 draft selections were more than any other school. Having a successful draft means good things for players, but leaves the team in a state of transition. Meyer is left with 44 young players, however he is grateful for the new rules that allow him more time to prepare them in the summer.

Because of the loss of veteran players, the goals of spring practice were different for Meyer and the Buckeyes than they were the year before. Meyer had to focus on making the young players comfortable on the field and in front of a large crowd, which made the spring game really important. These challenges are similar to those he had after successful seasons at Florida. Meyer says he experienced this with the Gators in 2008 and 2009.

While there are talks in college football about giving student-athletes more time off, Meyer doesn’t forsee his program making any changes in that regard. He discusses it often with players as well as the team’s strength and conditioning coach, and decided that he likes having his players coming into the fall season fresh. He needs them ready on September 3.