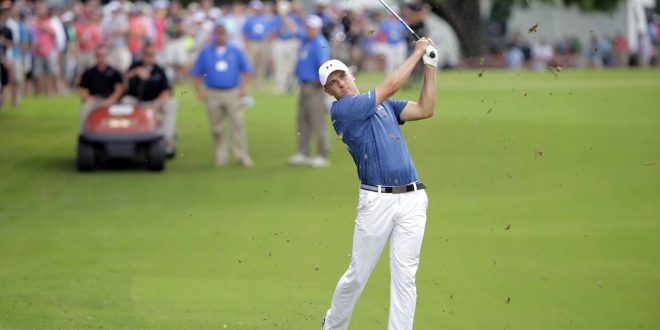 The 2016 U.S. Open gets underway Thursday at Oakmont Country Club in Oakmont, Pa.

The last time that Oakmont Country Club hosted the U.S. open, gas prices were $3.21 per gallon, Jay-Z and Rihanna were sitting atop the Billboard Hot-100 charts and Jordan Spieth was in eighth grade.

While many things have changed since then, like the world top-20, Oakmont has remained unchanged.

The new era of young golfers will be put to the test with a daunting par 7,255 yard track. To go along with this lengthy course comes notoriously fast greens and tight fairways lined with bunkers like the church pews on 3 and 4 and the mouth on 17.

Pray you don’t end up in here 🙏🏼#ChurchPews #USOpen pic.twitter.com/KNAaNsg2rS

All of these factors should put the world’s best to the test.

Coming into the tournament, Jason Day and Rory McIlroy are 7-1 co-favorites, with Jordan Spieth right behind them at 8-1 odds.

The world watched as Jordan Spieth had his colossal breakdown on 12 at The Masters. Spieth is looking to put that performance in the past and get back to the form that helped him notch two straight Major wins at The Masters and U.S. Open in 2015.

According to Spieth, the key to staying in the hunt this week will be patience and discipline off the tee.

2007 was the last time Oakmont U.S. Open action. Argentinian Angel Cabrera shot a 285 (+5) to beat Tiger Woods and Jim Furyk by one stroke. With inclement weather in the forecast for Thursday and Friday, we can expect to see more high scores like in 2007.

Gators Billy Horschel and Sam Horsfield will be taking on Oakmont this weekend.

Horschel, 29, is looking to replicate his 2013 U.S. Open performance, where he finished tied for fourth at Merion Golf Club. Horschel has had a considerable amount of success since turning pro in 2009. Currently ranked 55th in the world, Horschel has had three top-10 finishes in 13 events played so far in 2016.

Horsfield is ready for his second crack at the U.S. Open. He won three times this past spring, set the school record for scoring average (70.55) and earned national freshman of the year honors.

Catch Horschel, Horsfield and the other 154 competitors as they take on one of the hardest courses in the world this weekend. Coverage of the tournament starts at 10 a.m. on Thursday.