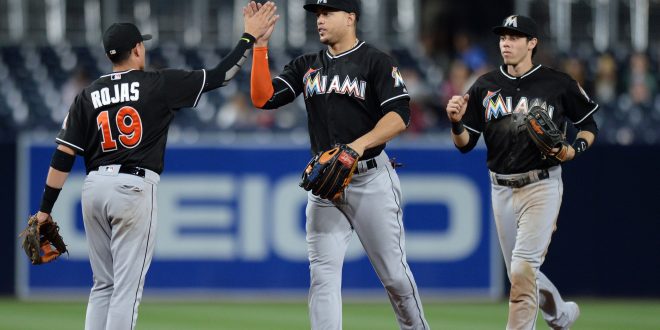 The Miami Marlins are looking for a series sweep against the San Diego Padres today at Petco Park. The game will conclude a nine-game road trip for the Marlins.

On the mound for the Padres will be rookie and Rule 5 draftee Luis Perdomo (1-2, 9.50 ERA). Perdomo has struggled in his rookie season but posted a career high 5 2/3 innings of relief against the Colorado Rockies giving up four runs on eight hits and a walk.

Tune in this afternoon as Luis Perdomo takes the hill for the series finale vs. Miami: https://t.co/OmW7pd9b5w pic.twitter.com/OUc8CvVJx3

Justin Nicolino (2-3, 4.76 ERA) will be on the mound for the Marlins. Nicolino has struggled that past few weeks and is looking to bounce back. He has posted a 5.97 ERA over the last six weeks dating all the way back to mid May.

Yangervis Solarte, third baseman for the Padres, is expected to return to the lineup today after missing Tuesday’s game due to a thumb contusion.

First pitch of today’s series finale in Miami is set for 3:40 p.m.