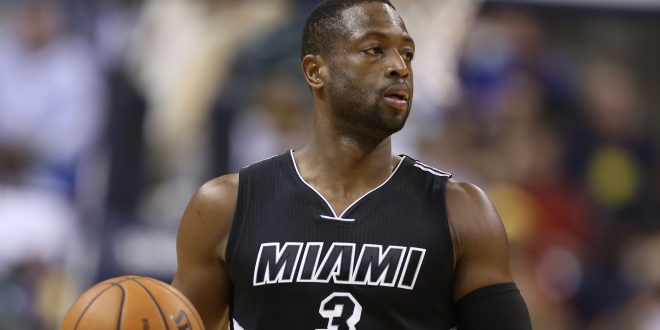 After 13 successful seasons in South Beach, All-Star guard Dwyane Wade is leaving for the Windy City. Wade signed a two-year, $47 million deal with his hometown Chicago Bulls. The Heat were only offering Wade a two-year, $40 million dollar deal. Wade was reportedly looking for a contract that would pay him around $25 million a year.

The most lucrative offer came from Denver who was offering him a two-year deal worth around $52 million. Wade also had a meeting with Milwaukee, but the Bucks were nowhere near Wade’s asking price of $25 million a year.

Wade leaves his mark everywhere in Miami. He is the franchise’s all-time leader in games played, points, assists, and steals. What Heat fans may remember most though is in 2006, in Dallas for Game 6 of the NBA finals, when Wade rebounded the ball in final seconds then threw it in the air to give the organization its first NBA title. Wade averaged 34.7 points per game to help the Heat come back from down 2-1 and went on to win NBA Finals MVP.

Dwyane Wade leaves Miami as a 3x NBA champion and franchise leader in many categories. pic.twitter.com/flIVkPjFlq

Wade is coming off one of his most successful seasons in the last few years. He played in 74 games, his most since the 2010-2011 season, and averaged 19 points, 4.6 assists and 4.1 rebounds per game.  Wade will be joining a loaded backcourt in Chicago with Jimmy Butler and newly signed guard Rajon Rondo.

But to Dwyane Wade, Miami will always be his second home.

But Miami-Dade County to me..will always be Wade County!!!

Im a senior at the University of Florida currently pursuing a degree in Telecommunications. I work for ESPN Gainesville 95.3 and anchor the Monday sports broadcast for WUFT First At Five. Im from New York and an avid sports fan of all New York teams.
Previous Catching Up With Former Gator Patric Young
Next Orlando City Set to Begin New Era