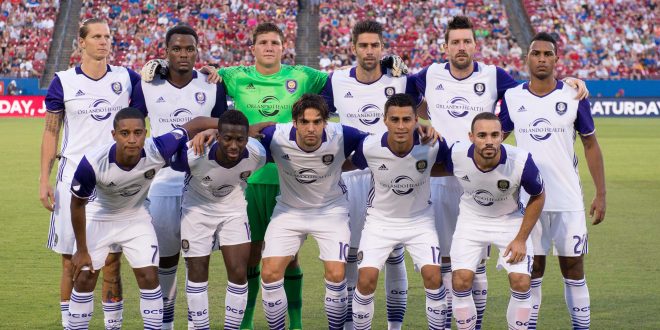 On Wednesday, the Orlando City Soccer Club agreed to amicably part ways with long time manager Adrian Heath. Heath had been with the club since its inception in Austin, Texas back in 2008. Heath made the move with the club to Orlando in 2011 and lead the team to their MLS debut back in March of 2015.

In an open letter on Orlando City’s website, Club President Phil Rawlins says “Today is a very sad day for everyone associated with Orlando City and for me personally, as we agree to the mutual release of my good friend and our Head Coach for the past eight years, Adrian Heath.” Heath was very obviously well liked by leaders and players of the club, but the recent slip in on-field production made it a necessary choice for the clubs board of directors. The club opened the season with a record of four wins, eight draws and four loses. That record is good for seventh in the Eastern Conference, a mark many would call underachieving.

With every leader that exits another must enter. The man filling that void will be assistant turned interim head coach, Bobby Murphy. Murphy was hired in January as an assistant. Before being brought on to the staff, Murphy spent 13 years as the director of the soccer academy at St. Stephens Episcopal School in Austin, Texas. When asked about Heath’s departure Murphy says he’s saddened by it, but at the same time they have a job to do.

"We’re right in the middle of this thing,” – Interim HC Bobby Murphy

Murphy will have to hit the ground running. Orlando City will welcome the Houston Dynamo to Camping World Stadium for the first game since Heath’s departure. When asked what he might do differently Murphy said he will be a motivator for change. This game could be a big chance for Orlando to get back into the hunt for the playoffs and Murphy knows it saying, “If we win tomorrow, we’re right back in the middle of the playoffs with a couple games in hand. We’re right in the middle of this thing and we can go and make a run at it”. That game kicks off Friday at 8 p.m.

On Thursday night, the Orlando City SC punched their ticket to the MLS Is Back …