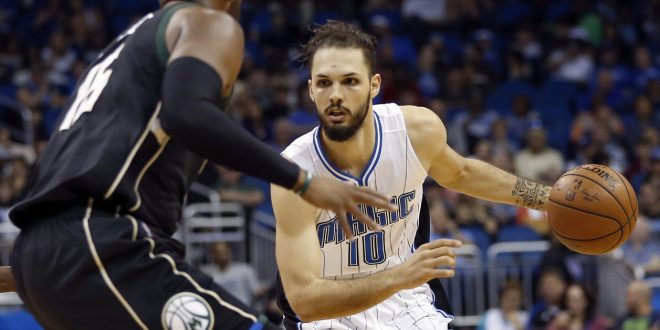 There are some new faces on the Orlando Magic. The Magic signed center Bismack Biyombo, forward Jeff Green and point guard D.J. Augustin during the NBA free agency period thus far. They have also resigned guard Evan Fournier, who has been with the Magic since the 2014-15 season.

Bismack Biyombo started his career in 2011-12 with the Charlotte Hornets and went to the Toronto Raptors for the 2015-16 season. Biyombo was drafted in 2011 in the first round, seventh pick by the Sacramento Kings. In his five seasons, he has a free throw percentage of .559 and 28 double doubles. Biyombo signed with the Magic for four years and $72 million.

Forward Jeff Green has eight seasons under his belt and started last started with the Clippers and moved to the Grizzlies during the season. Green is coming to Orlando with a career .339 three-point field goal percentage and a .786 career free throw percentage. Green signed a one-year contract worth $15 million.

Join us in welcoming D.J. Augustin to Orlando!https://t.co/IKY1qJjYAd

In addition to these new faces, the familiar face of Evan Fournier will be back in Orlando. Fournier was drafted in 2012 in the first round, 20th pick by the Denver Nuggets. He spent his first two seasons in Denver before moving to the Magic in 2014-15. In his first season with the Magic, Fournier had a free throw percentage of .728 and scored a total of 698. The next season, he almost doubled the number of points scored and increased his free throw percentage to .836. Fournier re-signed with the Magic for five years, $85 million.

Officialy here for the next 5 years!!
Thank you Magic fans for the love & support! Love you guys! #Proud&Happy pic.twitter.com/I2qk1sMsQM

Senior telecommunication and history major at the University of Florida and contributor for ESPN Gainesville 95.3. Baseball and hockey are my favorites, but I love all sports.
@MichelleSpring6
Previous Head Coach Gregg Troy Pleased with Gators Swimming Into Olympics
Next Marlins and Braves Heat Up, Rays Continue to Still Struggle 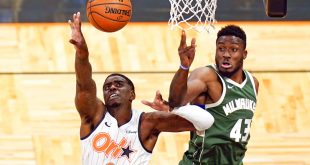 Florida NBA Round Up