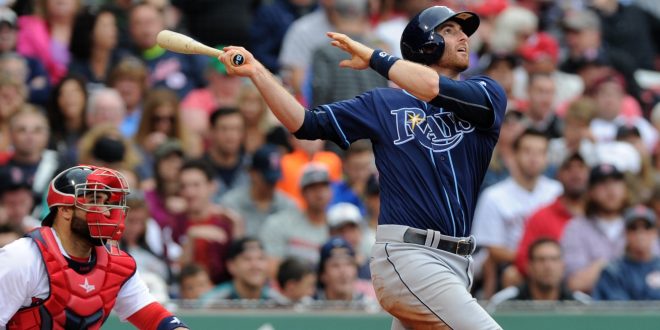 The All-Star Break is a good time for teams to rest up and reform themselves during such a long regular season.

For the Tampa Bay Rays, the All-Star Break came too late to help. The Rays were on the worst stretch in the league leading up to last weekend. Now that the festivities are over, it’s time to look forward to another half season of baseball. Tampa Bay will start play Friday against the Baltimore Orioles. The Rays are 2-7 versus the Orioles so far this season and have been outscored 46-24 in those match-ups.

Starting pitcher Chris Archer has been a strikeout machine for the Rays. Archer is currently seventh in major league baseball in strikeouts with 130 to this point. Despite his success, he has a 4-12 record on the year and a 4.66 ERA. He will be taking the mound for the Rays to start the second half of the season. Archer will have to face an Oriole’s offense whose 137 home runs is leading the major leagues. The first pitch is schedule for 7:10 p.m.

Contrary to the position of the Rays, the Miami Marlins have had a great season so far under new manager Don Mattingly. The Marlins are currently tied with the Mets for second place in the NL East with a 47-41 overall record. With the Home Run Derby champion Giancarlo Stanton and rocket-arm pitcher Jose Fernandez leading the team, the outlook for the second of half of the season is full of possibilities.

For those looking to see Jose Fernandez pitch again after a strong All-Star Game appearance, you’ll have to wait a little bit. Wei-Yin Chen (5-3) is slated to take the mound versus the St. Louis Cardinals Friday night. The Marlins have yet to face the Cardinals this season. Both teams are looking to make a strong start for the second half of the season with ambitions of a playoff push. The Cardinals (46-42) are third in baseball in total runs scored, while the Marlins boast the second best team batting average in the majors. The series will begin tomorrow night at 8:15 p.m.

Their new stadium is set to open for the 2017 season, and they have two cornerstone talents with Freddie Freeman and Julio Teheran. Both have had good seasons thus far. Julio Teheran’s 2.96 ERA is 16th best in baseball while Freddie Freeman’s stat sheet looks solid (.286 BA, 16 HR, 34 RBI, .518 SLG, and a 2.4 WAR).

The Braves will face the Colorado Rockies Friday night. Atlanta hasn’t faced the Rockies so far this year. Lucas Harrell will be taking the mound for the Braves, and he will have to figure out how to stop the Rockies explosive offense. Colorado is in the top five in major league baseball in team batting average, runs scored, team slugging percentage, and on-base percentage. The game is scheduled for tomorrow night at 8:15 p.m.