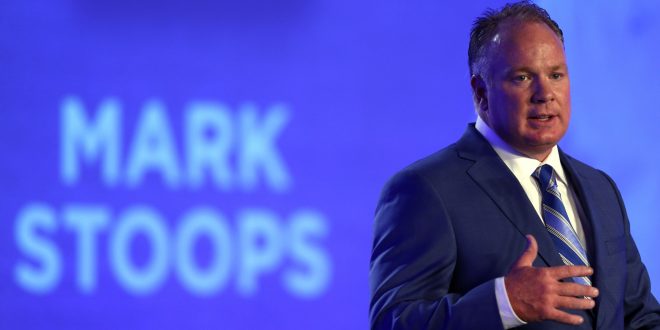 Kentucky Football Hopes for Improvements in 2016

SEC Media Days continue and Kentucky Head Coach Mark Stoops and some players including Jon Toth, Courtney Love and Jojo Kemp, discussed this upcoming season. After back to back disappointing seasons the Wildcats and Stoops are pressured to make 2016 their year.

What a great day talking about our team. Excited to head back home and get back to work! #WeAreUK #SECMD16 pic.twitter.com/qvEOJsIP2j

The past two seasons both started off strong with 2014 starting 5-1 and 2015 starting 4-1 and then fizzling out and losing six games in the second half of each season. Both ended with identical 5-7 records. Jojo Kemps says no one said this would be easy, we know the feeling of being so close and not getting the job done.

Kentucky does not want to go 5-7 again and to turn the corner the culture of the program is changing. Kemps is taking his role as a senior leader very seriously and not only being a vocal leader but leading by example as well to get the younger guys on board with their plan of success. He says the team has matured and are doing the little things, the extra things like watching more film and taking more time in the weight room.

It seems that leadership is one of the biggest keys that the Wildcats are using to try and turn the corner.

The first question asked of Stoops was, “why bring a player to media days who hasn’t even played a down?” Linebacker Courtney Love is a transfer from Nebraska who sat out last year but has already played a huge leadership role on the Kentucky team. Stoops said there was no questions in bringing him, that he is a leader and the team respects him.

Stoops believes that Kentucky is a great place with a great future and he is very comfortable with where things are headed. Their facilities have been improving which give the school hopes to have new and high recruits choose to be a Wildcat in the future.

He says the new facilities will help our program for a long time, we are putting ourselves in a place to succeed.

Lastly, Stoops touched on how great of a conference the SEC East is and how much good competition is there and that if Kentucky can just get over the hump they could be a contender.