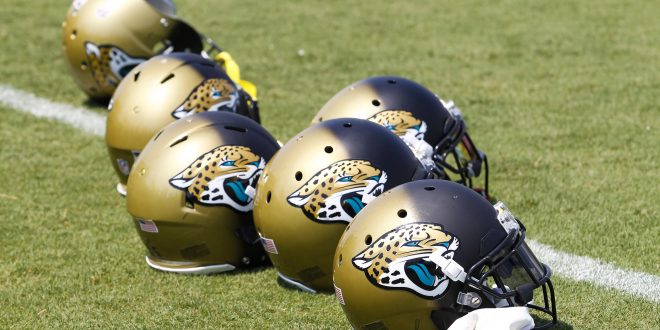 The Jacksonville Jaguars announced on Tuesday that former wide receiver Jimmy Smith will be the sixth inductee into the Pride of the Jaguars. The Pride of the Jaguars is the team’s ring of honor that is currently comprised of five inductees: left tackle Tony Boselli (2006), former co-owners Wayne and Delores Weaver (2011), running back Fred Taylor (2012), and quarterback Mark Brunell (2013).

However, Smith has gone through his fair share of issues with injuries and off the field incidents throughout his career.

After being drafted in the second round by the Cowboys in 1992, Smith broke his leg and missed most of his rookie season. Smith then went on to have an emergency appendectomy in August of 1993 that subsequently led to an infection that nearly took his life.

Smith was waived by the Cowboys in 1994 and was signed by the Eagles. He was then cut and sat out a whole season. Luckily, Smith’s mother sent Jaguar coach Tom Coughlin a folder of his press clippings and earned Smith a tryout. He was later signed in February of 1995.

Smith began experiencing off-the-field issues in 2003 when he was suspended four games for a substance abuse violation. In April 2009, Smith was arrested on multiple charges and was sentenced to six years in prison. Smith was released in 2013 on condition of house arrest.

Smith has since cleaned up his act and is proud to finally be a part of the Pride.

“Struggling with an addiction, it’s every day,” he said. “I have to live my life in recovery as a reminder of what I’ve gone through and where I am today and how I’ve persevered and not to go back there again.”

The Jaguars are happy to have Smith in the Pride as well.

“There is no question that Jimmy Smith was one of the best players to ever wear a Jaguars uniform,” Jaguars owner Shad Khan said in a statement. “His contributions in the early years were critical to the success the Jaguars enjoyed during that time. The fact that most of his records have stood for 10 years without being surpassed underscores what a great player he was.”

Smith will be inducted into the Pride of the Jaguars on December 11th during the game against the Minnesota Vikings.