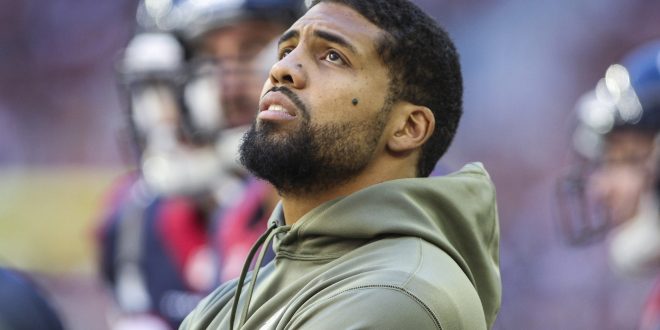 Year in and year out the Miami Dolphins franchise has high expectations. Of late, the Dolphins haven’t met these expectations. The Fish went 6-10 last year under coach Joe Philbin (fired after a 1-3 start) and interim coach Dan Campbell.  2008 was the last time the Dolphins made the playoffs. Before that well— basically the Dolphins best days were before Dan Marino’s’ cameo in the first Ace Ventura film (1994). That’s a long time ago especially for a franchise that holds the record for the perfect season at 14-0 in 1972.  New head coach Adam Gase and the Dolphin organization are looking to change the culture. During this process the Fins have made several off-season acquisitions and just recently added veteran running back Arian Foster on a one year deal.

Coach Gase on the process of signing Foster.

The 29 year old Foster is once again coming off of a season ending injury. As a Houston Texan Foster ruptured his Achilles in a game against the Miami Dolphins last season. One also has to consider the average shelf life for a NFL running back at the age of 30. Foster turns 30 this August. Still, given the circumstances this is a low risk, high reward type of situation for the Dolphins.  Foster is on a one year deal and brings a much needed veteran presence in the locker room and has the potential improve the Dolphin rushing and passing attack.

The Dolphins signed Foster to bring in some experience missing on the team after running back Lamar Miller departed for the Houston Texans during the off-season. Foster beginning the season as the starting running back for the Dolphins isn’t a given as he has to compete with fellow running backs Jay Ajayi, Damien Williams, Drake Kenyen, and Daniel Thomas; none have ever rushed for over a 500 yards in a season.

Coach Gase says there will be competition between running backs.

Last season the Dolphins ranked 23rd in the league in rushing at 93.5 yards per game. In 2014 Foster made a comeback season from back surgery and ran for 1,246 yards , eight touchdowns and was voted into the 2014 Pro Bowl. This is the type of season Miami is hoping for from Foster, if he is healthy.  Arguably the Dolphins give Foster the best change of resurrecting his career; at this point it could  just be a matter of staying healthy and playing time.
Share