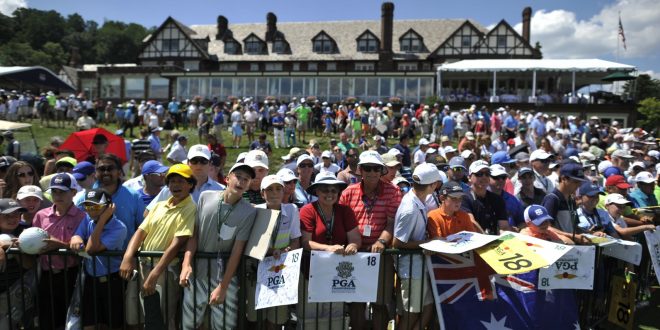 The final major golf tournament of the season, the 98th PGA Championship, is currently underway at the Baltusrol Golf Club in Springfield, New Jersey.

The PGA Championship features the best golfers in the world (minus Tiger Woods, who will not play at all this season) including top-ranked Australian professional Jason Day, who will be defending his 2015 win at the PGA Championship, along with such names as Rory McIlroy, who is currently ranked fourth in the world, and Phil Mickelson, who finished second in the British Open 11 days ago.

Day said yesterday that he has not had much preparation for the championship. Day experienced a rough few days leading up to the start of the championship on Thursday; he caught a bit of an illness from his kids and Tuesday night, and his wife went to the hospital with an allergic reaction.

On the other hand, McIlroy said he feels the golf course at the Baltusrol Golf Club has “no real hidden secrets” and that allows him to excel.

And Mickelson said Baltusrol is a special place for him because he won the PGA Championship there in 2005.

The Baltusrol’s Lower Course plays to a par of 70 and 7,428 yards, and ESPN golf analyst Bob Harig said the weather will be hot and humid.

In terms of sleepers for the 2016 PGA Championship, Harig said he likes American Dustin Johnson, currently the second-ranked golfer in the world and the winner of the U.S. Open in June.

Former Gator Billy Horschel will also be in action this weekend.

The PGA Championship will last through Sunday.

Junior telecommunication student at the University of Florida. Passionate about all things related to sports.
@@EllenBazley
Previous Arian Foster Could Help Dolphins Rushing Attack
Next Marlins Look To Start A Serious Playoff Push