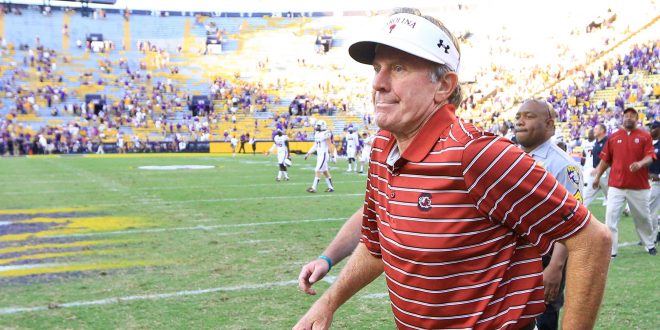 The Ol’ Ball Coach is making his return to the Gator Nation. University of Florida Athletic Director Jeremy Foley announced on Friday that Steve Spurrier has been named Ambassador and Consultant for the Florida Gator Athletics Department.

Steve Spurrier returns to The Swamp.

The former Florida coach is named ambassador & consultant for the Gators. pic.twitter.com/JeE10NiVUI

Spurrier began his career with the Gators in 1963 when he came here to play quarterback for the program. As a senior in 1966 Spurrier became the first ever Gator to be awarded the Heisman Trophy. After his playing career was over, he came back to the University of Florida in 1990 as the head coach and quickly impacted the program delivering the school’s first SEC title in 1991. In his tenure here he was named SEC Coach of the Year five times and led the Gators to six conference championships. On top of all that he brought the University of Florida its first national championship in 1996 in a 52-20 victory over in-state rival FSU.

Spurrier spent the last 10 years as the head coach for the South Carolina Gamecocks but retired in October of this past season. UF Athletics Director Jeremy Foley said that talks to bring Spurrier back to Florida really heated up this week.

Spurrier will be a consultant for all Gator athletics and help the Gator nation in all aspects. Spurrier was just given this title but Foley knows Spurrier has been an ambassador for the Gators for the past 50 years. Florida football head coach Jim McElwain said he is excited to start working with Spurrier and ready to pick his brain.

It'll be an honor to work with Coach Spurrier on a regular basis! #WelcomeHomeHBC https://t.co/OG6KAWTvwj

Im a senior at the University of Florida currently pursuing a degree in Telecommunications. I work for ESPN Gainesville 95.3 and anchor the Monday sports broadcast for WUFT First At Five. Im from New York and an avid sports fan of all New York teams.
Previous Day 1 of PGA Championship Complete
Next Steve Spurrier Starts Third Chapter with Gators