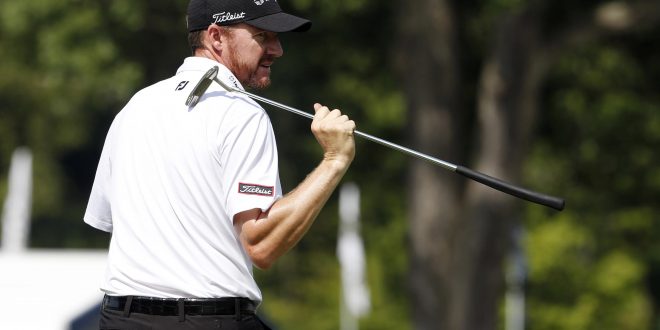 The first day of the PGA Championship at the Baltustrol Golf Club in Springfield, New Jersey was completed Thursday. The first day was a bit of surprise, as the top golfers in the world right now weren’t at the top of the leader board at Baltustrol.

The start to the top players not doing as well as expected began with Rory McIlroy and Dustin Johnson. McIlroy started with a 74 and then Johnson went 77, four and seven over par respectively.

Only one of the top four players, Jason Day, went under par. There are more top names at the bottom of the board than at the top. Thursday’s leader was American Jimmy Walker at five under par. Walker, who is ranked 48th in the world doesn’t count himself out and came to the championship to win. He only has one bogey on his card and followed it with a bounce-back birdie on the next hole.

Not far behind him are Martin Kaymer, Ross Fisher and Emiliano Grillo, a shot behind him at four under par.  The defending 2015 PGA Champion and number one golfer in the world, Jason Day, went two below par in the first round. He used three birdies to just one bogey to move up in the leader board early and is within three shots of Walker.

Day 2 of the championship continues today in Springfield, New Jersey and will continue through Sunday.

Recap of today's first round of the #PGAChamp.https://t.co/LaSw0TC7ON