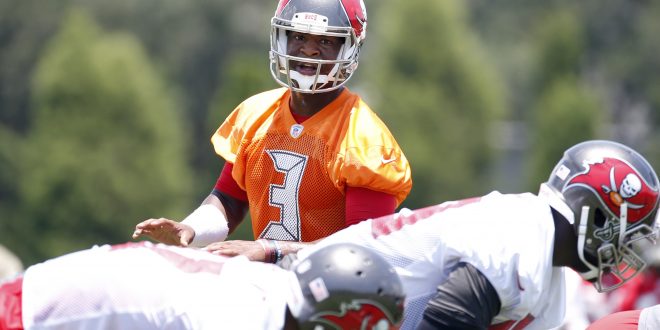 In the NFL, as July turns into August the players know the season is approaching. Before they take they take the field though, the players must endure a grueling training camp in the summer heat to prepare themselves for the regular season. The Tampa Bay Buccaneers got their turn to report to camp this week, first with rookies on Monday then with the veterans arriving Wednesday, finally taking their first reps in practice on Thursday.

The overwhelming consensus on the Buccaneers heading into the 2016 season is that they are a young, but talented team. Quarterback Jameis Winston had a strong rookie season throwing for more yards then Ben Roethlisberger, Aaron Rodgers and Russell Wilson and making the Pro Bowl but he will face some uncertainty in Year Two. Winston enters his sophomore season with a new head coach, Dirk Koetter, with the departure of Lovie Smith. Koetter will run the same offense the team did last year when he was the offensive coordinator so that should help ease the transition which is something Winston is excited about.

There are other questions on offense though. Mike Evans and Vincent Jackson appear to be the obvious starting receivers but there are still spots remaining. Former Gator receiver Louis Murphy has yet to be cleared by doctors after having knee surgery while youngster Kenny Bell attempts to wow coaches after missing his rookie season with an injury. At tight end, Austin Seferian-Jenkins had a promising start to the season but disappointed down the stretch. Sefarian-Jenkins will look to become more consistent during camp and grab the starting spot in a system that utilizes tight ends often. Running back Doug Martin returns this season with a new contract and hopes to continue to be the reliable back that he has been for team the past few years. Finally at offensive line, the Bucs are oddly deep, featuring a number of young and talented players they will try and mold into an effective group. Look for the depth at offensive line as well with a number of veterans still around at that position.

The Bucs seem sound on the defensive side of the ball, boasting play makers in the front seven like Gerald McCoy, Lavonte David and Kwon Alxeander. They even finished in the top 10 in the league in team defense. However, they have struggled mightily in the secondary, allowing opponents to complete 70 percent of their passes. Veteran Brent Grimes will start at corner but there is a ton of competition at the second spot. The Bucs’ 2016 first round pick and former Gator Vernon Hargreaves III will certainly be in the mix. Veterans Alterraun Verner and Johnthan Banks both got starts under former head coach Lovie Smith but both will need to prove that they can be reliable cover men if they want to keep their roster spots. Undrafted rookie Jude Adjei-Barimah performed decently during his opportunities last year but he will have to compete alongside Josh Robinson who got a one year contract and an opportunity to prove himself.

The Bucs have the talent to improve upon their 6-10 record from last season but they’ll need more consistency and the ability to play as a cohesive unit if they want to compete in the NFC South and beyond. 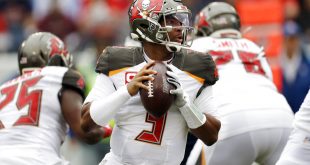 For Jameis Winston, the opportunity to work with Sean Payton and Drew Brees in New …