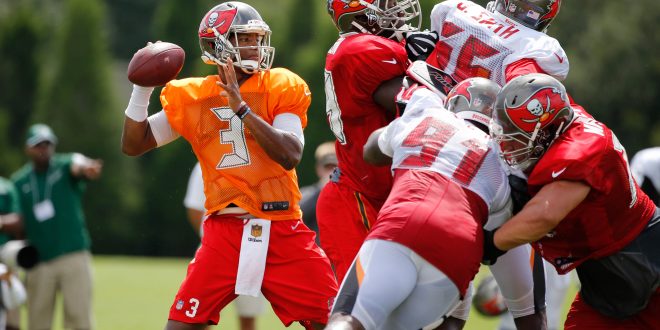 After holding their first training camp sessions of the year over the weekend, the Tampa Bay Buccaneers  were resting Tuesday as they gear up to continue camp Wednesday morning in preparation for both the preseason and the regular season.

Bucs starting quarterback Jameis Winston says he likes the way the offense is responding to adversity early in camp so far.

Winston had an impressive rookie campaign last year en route to proving his worth as the first overall pick in the 2015 NFL draft. He maintained a 58 percent completion percentage for the season as he threw for over 4,000 yards and connected on 22 touchdowns, six of them earned on the ground. He also managed to throw more touchdowns than interceptions (22-15), which is a rarity for a rookie quarterback.

Winston’s performance earned him the 2015 NFL Rookie of the Year award and his first ever trip to the Pro Bowl. With the addition of former Gator cornerback Vernon Hargreaves through the 2016 NFL draft, and cornerbacks Brent Grimes and Josh Robinson through free agency, Winston says the defense has been tough to play against in training camp thus far. If Winston’s words are anything to go by, consistent practice against the Bucs new defense should help him reach heights greater than what he achieved last year.

Vernon Hargreaves rolling with the ones!

The Bucs will get a chance to test out their new squad when they face the Philadelphia Eagles at Lincoln Financial Field for their first game of the preseason on August 11.