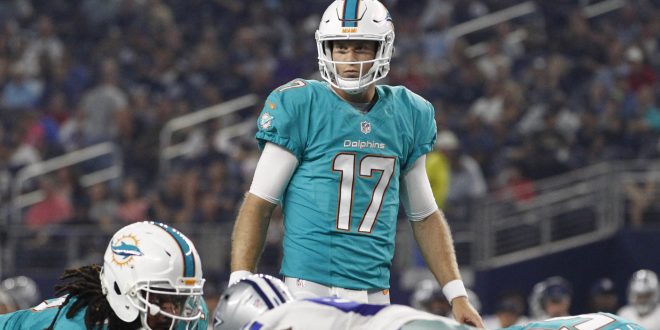 The most important week of the preseason is underway and the Miami Dolphins, who are currently 1-1 in the preseason, will host the undefeated Atlanta Falcons in Orlando’s Camping World Stadium on Thursday. This is the first preseason game played in Orlando since 1997.

Week 3 games are especially important for both the players and the coaches. This week is when coaches will keep their starters in past halftime,  position battles will be resolved and it is one of the final opportunity players get to prove their worth on the 53-man roster.

Dolphins head coach Adam Gase says the team has to run the ball more in this game and they are focusing on correcting their faults.

Cameron Wake’s status is still up in the air as he is coming off an Achilles injury, but the Phins still have Ndamukong Suh and Mario Williams, who replaced the departed Olivier Vernon as one of the edge rushers.

Gase says it will come down to the wire when deciding whether or not Wake will play.

Miami will be without starting center Mike Pouncey for the remainder of the preseason. The Pro Bowl center and Gator alum suffered a hip injury during Friday’s game and there is a possibility he will not be healthy enough to start in the season opener.

Atlanta has had back-to-back wins so far, and look to clinch a third by taking advantage of the Dolphins’ shortcomings. The Falcons are in good spirits after dominating the Cleveland Browns 24-13 last Thursday. Quarterback Matt Simms led the offense with 136 passing yards and one touchdown. Devin Lewis Fuller and Mohamed Sanu combined for 94 receiving yards and one touchdown. Defensively, Damian Parms led Atlanta with four tackles, Adrian Clayborn had one sack and Desmond Trufant added one pass deflection.

For the Falcons and for Dolphin coach Adam Gase, this game is important as they prepare to make final roster decisions.

Atlanta underwent an extreme makeover and look very cohesive after adding three-time Pro Bowl center Alex Mack to replace a shaky Mike Person. Although they are looking sharp, the Falcons will be playing Thursday’s game without kicker Matt Bryant. He is still working through the muscle tightness that has kept him on the sidelines for much of the preseason. Atlanta has re-signed Shane Graham to fill Bryant’s shoes.