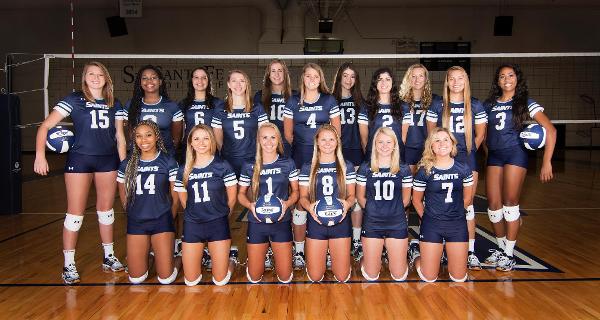 The Santa Fe Saints volleyball team opens up its 2016 season Wednesday night as they host Pasco-Hernando in the Santa Fe gym. This is Santa Fe’s third season of intercollegiate volleyball, and they are looking to build on the success they had the first two seasons.

In the Saint’s first two seasons they went an impressive 52-15, while also advancing to the FCSAA Tournament both seasons. In 2014 Santa Fe also captured the Mid-Florida conference title in their first season of intercollegiate play. Head coach Nick Cheronis knows the Saints don’t have an easy schedule this year as their conference is filled with loads of talent.

Santa Fe faces another challenge this season though as they only return seven players from last season’s roster while welcoming 10 newcomers to the team. The Saints do have Nadine Williams returning to the team this year though; she was an All-State outside hitter last season for Santa Fe and is the glue to the team according to Cheronis.

This will be the third straight season opener where Santa Fe has taken on the Pasco-Hernando Conquistadors. The Saints are 2-0 in previous season openers and 4-1 against PHSC over the past two years.

This weekend the Saints will host the Santa Fe Classic, going up against some tough teams in Pensacola State College, Palm Beach State College, and State College of Florida. All three of those teams were 2015 FCSAA Tournament teams.

Tonight’s match up gets underway at 6 p.m.

Im a senior at the University of Florida currently pursuing a degree in Telecommunications. I work for ESPN Gainesville 95.3 and anchor the Monday sports broadcast for WUFT First At Five. Im from New York and an avid sports fan of all New York teams.
Previous Dolphins Host Falcons In Third Preseason Game
Next Tom Brady is Ready to Play Again 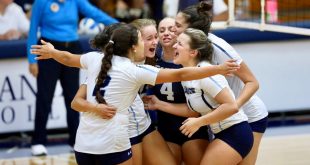 Coleman, Saints Hope to March in Opposite Direction