Home / College Football / Seminoles Primed for a Big Year in 2016 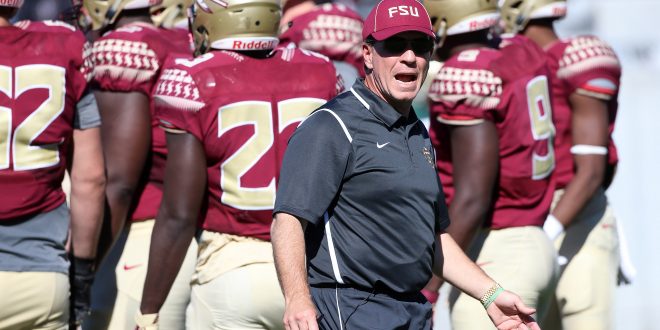 Seminoles Primed for a Big Year in 2016

The Florida State football team is the only FBS squad to return all 11 offensive starters to their roster in 2016. With that on the table many expect the Seminoles to be a favorite to reach the playoff. Of course their head coach Jimbo Fisher agrees even if the ACC’s strength doesn’t compare to other conferences.

In opposition to popular belief the Noles’ schedule does not lack any firepower. They open things up against Ole Miss, one of the few teams in the SEC to return a starting quarterback. The Rebels and the Seminoles showdown in Orlando on labor day in what Fisher expects to be a postseason like atmosphere.

In all, FSU is set to matchup with five teams ranked in the preseason top 25. The question many are asking is how will first year QB Deondre Francois be able to handle it? Francois named the starter after Sean Maguire suffered a broken bone in his foot in practice last week. As just a redshirt freshman Francois has a lot of expectations already. Jimbo Fisher compared the four star recruit out of high school to Jameis Winston who he coached for three years.

Defensively, Noles faithful believe in their secondary as one of the top in the nation even after losing a top 10 pick in Jalen Ramsey to the draft this year.

Trey, Derwin, quez, Marcus, & te gone be the best secondary in the country for sure! #Noles

However, they’re going to need to be battle tested. Those names mentioned by Ramsey as the “best secondary in the country” only combined for two interceptions between the five of them in 2015.

The Seminoles do get tested early against Ole Miss but their season lies on October 29 against the Clemson Tigers. Clemson of course knocked FSU off last year in route to the ACC and National Championship games. If Jimbo Fisher and his team want to meet their lofty pre-season goals, they’re most likely going to have to go through Clemson to do it. 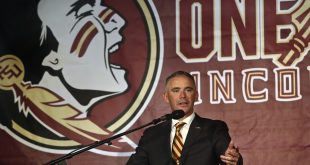