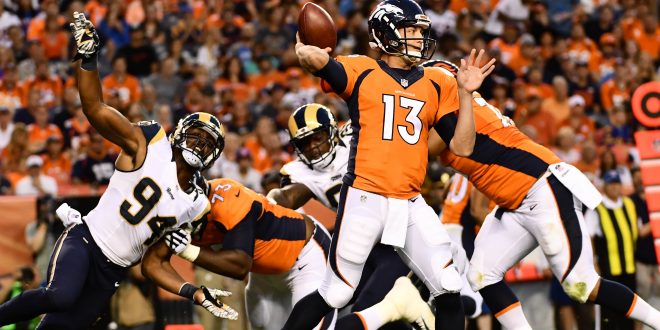 NFL Preseason Coming to a Close

The third week of the NFL preseason came to a close meaning were just a week away from the start of the 2016 season. The third week of the preseason is looked at as the most important because it’s the last real reps first-teamer’s get since a majority never play in their fourth preseason game. It also is significant because after week three, teams cut there rosters down from 90 players to 75.

Full roster moves must be done by 4 p.m. Tuesday evening, but teams are already making moves. With all these moves some notable Gator alums have been cut. The Buccaneers have cut tight end Tevin Westbrook and safety Major Wright, while the Raiders cut Leon Orr. Tight end Jake McGee is still playing for Oakland after being picked up as a free agent after the draft. McGee has a week left to make the 53-man roster for the season.

Other big moves around the league include the Denver Broncos finally naming a starting quarterback. Head coach Gary Kubiak announced Monday that Trevor Siemian has won the starting role over veteran Mark Sanchez and rookie Paxton Lynch. The 2015 seventh-round pick has played just one snap in his short career and that was a kneel down against the Pittsburgh Steelers last season. With Siemian as the starter the Broncos become the first defending Super Bowl champ ever to start a quarterback the next season with zero career pass attempts. Siemian says he is excited to win the role and ready to work.

The San Diego Chargers finally agreed to terms with third overall pick Joey Bosa on Monday. Bosa held out 31 days before coming to an agreement with San Diego making it the longest holdout by a rookie since the new collective bargaining agreement made in 2011. Bosa’s four-year deal is worth $26 million and includes a $17 million signing bonus. Bosa will start practicing with the team today, but will not play in their final preseason game this weekend. Bosa knows hes a step behind but is confident in his ability and the teams ability to get him ready for week one.

Im a senior at the University of Florida currently pursuing a degree in Telecommunications. I work for ESPN Gainesville 95.3 and anchor the Monday sports broadcast for WUFT First At Five. Im from New York and an avid sports fan of all New York teams.
Previous Seminoles Primed for a Big Year in 2016
Next Gator Legend Steve Spurrier on Book Tour 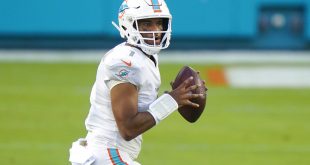