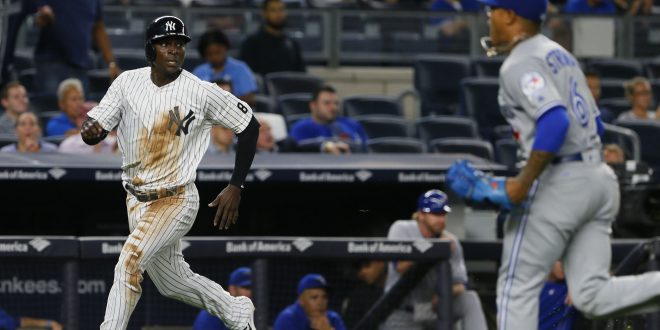 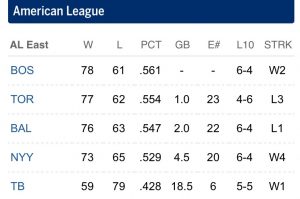 However, with 23 games to play, those three teams will all be vying for that division title as to avoid playing in the dreaded one game wild card playoff. Don’t count out the Yankees, winners of four straight, and owners of a rare youth movement for the Bronx Bombers. New York sits 4.5 out of the AL East, and 2.5 out of the wild card.

Boston has six games left against Toronto, including the final weekend series at home, seven against Baltimore, and seven against New York.

Toronto only has one more three-game series against Baltimore, but have lost three straight and six of ten.

New York finishes their season on the road against the Orioles. Manager Joe Girardi says he hopes his team’s recent sweep over Toronto gives them confidence headed into the last three and a half weeks of play.

Headed for October?@Orioles have not had a losing record in September under Buck Showalter. pic.twitter.com/ACHoqOEMOr

There a couple teams who are trying to prevent it from being an all-American League East wild card game. The Detroit Tigers are one game behind Baltimore for that second WC spot, the Houston Astros are two games out, but have ten of their remaining 23 games against the cellar dwellers of the AL West (A’s and Angels).

Other contenders include the defending World Series Champion Kansas City Royals (4 GB) and the Seattle Mariners (5 GB). Seattle has six vital games left against the Astros, who they only trail by three games. 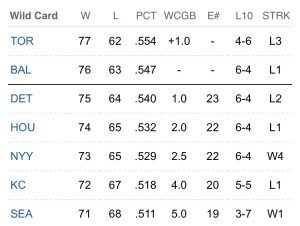 The AL Wild Card game is October 4th, then the division and championship series take care of the next 18 days before baseball takes a pre-World Series break on October 24.

The World Series runs from October 25-November 2 (if necessary), with the American League holding home-field advantage due to their All Star Game victory.