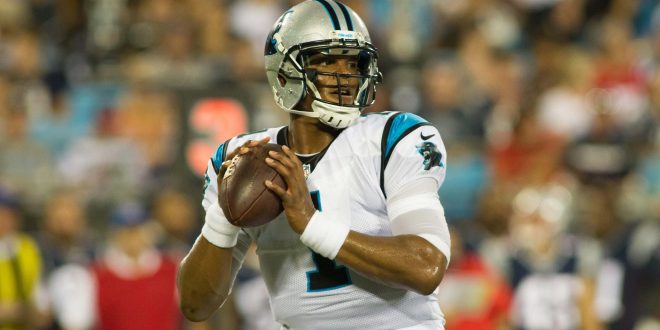 Week one of the NFL is looming and there are no shortage of big games this weekend.

The 2016 season kicks off with a Super Bowl 50 rematch and there are big changes on each side. Most notably, future Hall of Fame quarterback Peyton Manning is no longer leading Denver. Instead, second-year player and Northwestern product Trevor Siemian is going to take snaps and attempt to lead his team to the win. But Siemian has an elite defense to rely on, and one that’s returning SB50 MVP linebacker Von Miller. Opposing them is a fairly intact Carolina squad looking to start as hot as they did in 2015. Despite the rematch labels, QB Cam Newton refuses to name it as such.

I have the will to break through anything that stands in my way. #ItComesFromBelow #IWILL pic.twitter.com/fRgPsFkzcl

Because of injury, quarterback Tony Romo doesn’t figure to be a factor in the Cowboys’ first half of the season, but that doesn’t mean Dallas is in the gutter. Mississippi State product Dak Prescott is stepping into the starting role and hopes to become the first Dallas rookie to win an opening game since 1969. Prescott isn’t the only rookie making waves. Running back Ezekiel Elliot is looking to be just as explosive as he was with Ohio State and he’s not worried about losing Romo’s veteran presence. The Giants have never fared well in season openers vs. Dallas (0-8), but they’re hoping new head coach Ben McAdoo can lead to some renewed success.

Prescott or Siemian won’t be coming under fire as much as New England QB Jimmy Garoppolo who makes his first career start against a dangerous Cardinals team. The 24-year-old quarterback is the expected fill-in for Tom Brady while he serves a four-game suspension, and it’ll be impossible to look down on him given the shoes he’s filling. Arizona, who finished 2015 with a 13-3 record, will rely on arguably the best running back in the league in David Johnson as well as QB Carson Palmer to continue his consistency. Patriots’ head coach Bill Belichick knows just how much of a challenge they’re facing.

Can anyone in the AFC East challenge the @Patriots (for once)? https://t.co/0iboIvX5M9 pic.twitter.com/0Z2LHlMJIq

The Steelers might not be a flashy team, but with the tandem of QB Ben Roethlisberger and elite receiver Antonio Brown, they are seen as legitimate Super Bowl contenders. The key for the Redskins, who haven’t beat Pittsburgh with a home advantage since 1988, is the addition of cornerback Josh Norman. Norman signed a five-year, $75 million deal with Washington and they’ll need his help immediately with Brown, Odell Beckham Jr and Dez Bryant as opponents the first three weeks. Washington comes with a chip on its shoulder after pundits have labeled their NFC East win fluky.