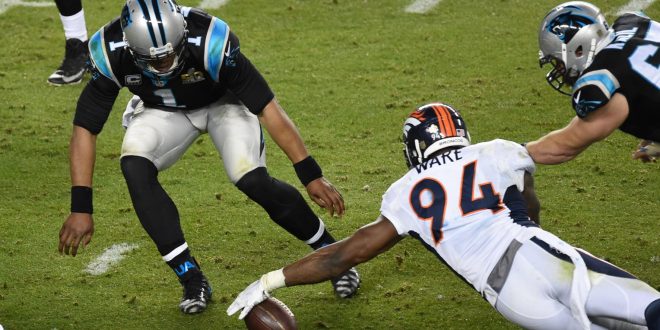 Thursday night marks the beginning of the NFL season as Von Miller and the Denver Broncos host Cam Newton and the Carolina Panthers.

The game marks a rematch of Super Bowl 50, a game that will forever be known for two things, Peyton Manning’s last ride and a very disappointing performance by Cam Newton and the seemingly unstoppable Panthers.

The Panthers, whose spectacular 15-1 season will be marred by their in ability to win it all, seek revenge in Mile High Stadium. The Broncos will look to get a strong start to the post-Manning era.

There has yet to be a true successor to Manning at the helm of the Bronco’s offense after the departure of Brock Osweiler, who signed with the Houston Texans in the off season. Mark Sanchez was cut in the preseason leaving 24-year-old seventh round draft pick Trevor Siemian at the helm of the offense. However, Siemian could only be a temporary fix as rookie signal caller Paxton Lynch is posed to be the Bronco’s quarterback of the future.

The spotlight will be on Trevor Siemian come Thurs.

Carolina, on the other hand, has a quarterback question of their own—can Cam Newton bounce back from last years Super Bowl collapse? Newton had a 43% completion rate to go along with two lost fumbles and an interception.

Newton remains confident that his team has the ability to win Thursday night.

Despite Newton’s words the teams, both known for their stellar defenses have lost several key pieces. The Bronco’s lost linebackers Brandon Marshall and Danny Trevathan along with defensive lineman Malik Jackson while the Panthers have lost star cornerback Josh Norman, another defensive back Charles “Peanut” Tillman and defensive lineman Jared Allen.

Both defenses will return their star players with Luke Keuchly for Carolina and Denver’s Von Miller. Miller enters this season coming off of a contract dispute that ended with Miller receiving $114.5 million over six years making him the highest paid defensive player in the NFL.

Miller knows that he will be facing a different, tougher Panther’s team on Thursday.

Last season’s top two teams will have a lot to prove on Thursday night and if last season is any indication a lot can change before February rolls around. Kickoff for the game is set for 8:30 p.m.