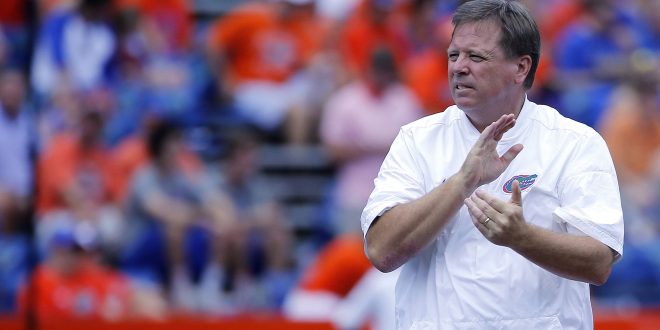 Head Coach Jim McElwain spoke today about what you can expect from the Gators upcoming game against North Texas and gave injury report updates in his press conference. He started off the press conference praising the Gator’s team performance on both ends of the field.

Proud of these guys… #GoGators https://t.co/gSO2or1CFU

McElwain says that the team was focused on a common goal and wasn’t really worried about individual stats against Kentucky.  The challenge moving forward is to never let an opportunity pass them by, and McElwain told the team they cannot overlook North Texas. He said that the Gators need to stay focused because they aren’t good enough to just show up and play.

McElwain also touched on the play of his team’s starting quarterback Luke Del Rio. He said that Del Rio likes to be coached and is “like a sponge” but he needs to fail to learn.

Lastly, there was a lengthy list of players who are injured and won’t be practicing this week.

The Gators will take on North Texas at 7:30 p.m. in the Swamp on Saturday.