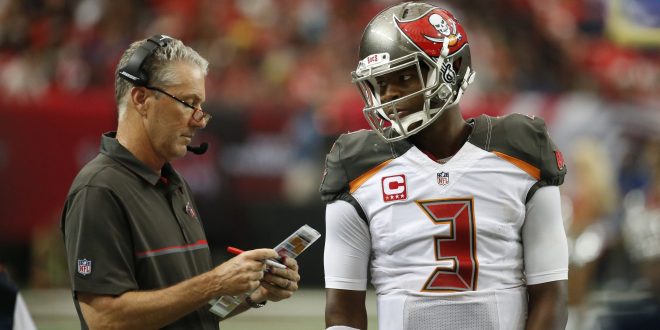 Winston Fuels Bucs to Start Season With a Victory

The Tampa Bay Buccaneers started their first game away in Atlanta against the Falcons on Sunday. Being away from home didn’t stop them from opening the 2016 season strong and defeating the Falcons 31-24, claiming a winning record for the first time since 2012.

Quarterback Jameis Winston believes this win was very special for the team.

First year Head Coach Dirk Koetter is coming in and is looking to start a new wave of Bucs football.

Though Arguayo showed why he was selected so early in the draft, it was Winston in the spotlight for this game, throwing for four touchdown passes.

His longest touchdown pass was to Mike Evans.

The game was back and forth with four lead changes. It wasn’t until the second quarter when the Bucs began their run of 21 unanswered points.

The Falcons made a push at the end of the game, but the Bucs defense held them off to secure a victory.

The Bucs’ next game will be on Sunday at Arizona against the Cardinals who are coming off a loss to the New England Patriots.