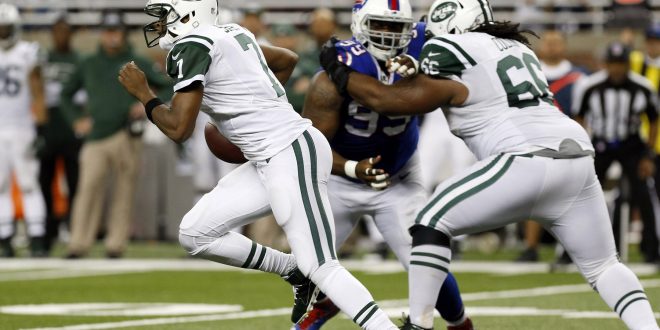 Buffalo Bills Looking for a 6th Consecutive Win Over Jets

The Buffalo Bills take on AFC East division rival New York Jets at home for Thursday night football.  This rivalry is always intense but even more so with Bill’s Head Coach Rex Ryan, who used to be the Jets coach, and the Bills former QB Ryan Fitzpatrick who switched to the Jets during his career. This rivalry cuts deeper than most. The Bills all-time record over the Jets is 59-51, the only AFC East team they have a winning record against. The Bills are currently on a five-year win streak over the “Gang Green.” With both teams starting off with season-opening losses, each team knows that this game will set the tone for division play the rest of the season.

The Buffalo Bills just came off one the worst  performances in recent memory after their 13-7 loss to the Baltimore Ravens last Sunday. The Bill’s total offense output of 160 yards was the worst in 10 years and lowest in a season since 1979. Bills offensive coordinator Greg Roman accepted the blame for the game plan for not being in sync. The most glaring issue of Week 1 for the Bills was the lack of deep throws from Quarterback Tyrod Taylor. His longest pass was a 33-yarder on a broken play to tight end Charles Clay. The  offensive line needs to be in sync for Taylor to have opportunities to throw the ball down field. The lineman are also thrilled to be playing this Thursday to redeem themselves from their performance in Baltimore.

For the Jets, they sacked Andy Dalton seven times but the Cincinnati Bengals still won 23-22. Jet’s quarterback Ryan Fitzpatrick knows the pressure is all on him. The Jets lost both games last year to the Bills and Fitzpatrick needs to carry his team forward for a victory . For Todd Bowles, New York Jets head coach, says the problem with this game is that each team knows how each other plays. Bowles said he is still making sure his guys are prepared for the new season and the Jets are ready to take on the Bulls. The game plan is to make sure they attach from both sides of the ball.

This intense match up isn’t the only thing going down on Thursday night. Bruce Smith, Buffalo Bills former Hall of Fame defensive end is getting his number 78 retired. The Bills will retire his jersey in a special halftime ceremony Thursday, featuring many of Smith’s old former Bill’s teammates.  Last summer at his Hall of Fame induction, Smith said, “If you played the game at a certain level, you would want to be recognized as being one of the best, which is being in the Pro Football’s Hall of Fame. And, then the ultimate—never having your jersey worn again by another player.”

Hello my name is Kaitlin Alexander, a passionate story teller and lover of sports. Fun facts about me: I am a world traveler, interviewed all three UF Heisman Trophy winners, and a former intern of Bleacher Report. Follow me on Twitter: KalexanderUF
@KalexanderUF
Previous Gator WR Antonio Callaway “highly questionable to doubtful” to Play Saturday
Next Gator Volleyball Ends Eight Game Road Challenge As Winners