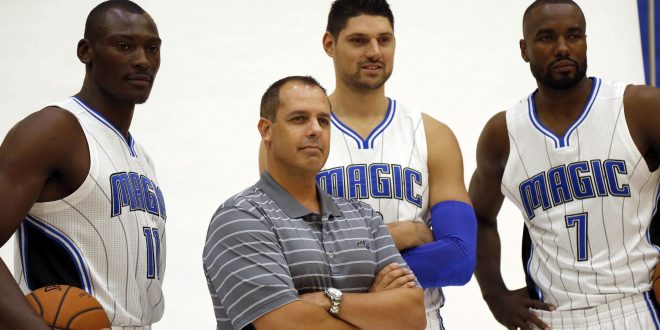 The Orlando Magic finished the 2015-2016 with a 35-47 overall record, just missing the playoffs. The Magic only return six players from last year’s squad and bring in a handful of veteran players. Jeff Green, Bismack Biyombo, and Serge Ibaka all are now calling Orlando home after offseason moves. Serge Ibaka makes his way to Orlando from Oklahoma City where he spent time under former Florida coach Billy Donovan. Ibaka says in his short time here, he’s already making the right adjustments in the new system.

#Magic F Serge Ibaka (on @ESPNOrlando) "I think we have a big chance…a big chance to make the playoffs."

Ibaka was traded for Victor Oladipo who notched 16 points and just under four assists a game for Orlando. To replace Oladipo look for Elfrid Payton and Aaron Gordon to take more prominent roles on the roster. Gordon averaged just under 10 points in 78 games played. Gordon thinks the talent on this team is there; they just need to find ways to put it together during the season.

The offseason moves are highlighted by the addition of new coach Frank Vogel who replaces  Scott Skiles who resigned last May. Vogel has spent time as an assistant for both the Boston Celtics and Philadelphia 76ers before becoming the head coach of the Indiana Pacers. As a head coach Vogel is 431-250 in the league. More importantly for the Magic, Vogel has playoff experience. In his six years at the helm in Indiana he made the playoffs five times including two Conference Finals appearances.

Frank Vogel said the team is going to "shoot for the moon" not hiding from Playoff expectations. Going to raise the bar. #Magic

The Magic have just under a month to make final preparations for the start of the season. They open things up against the Heat at home on October 26th. 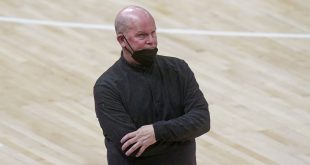 Orlando is in dire need of David Copperfield, David Blaine, or even Chris Angel. There …