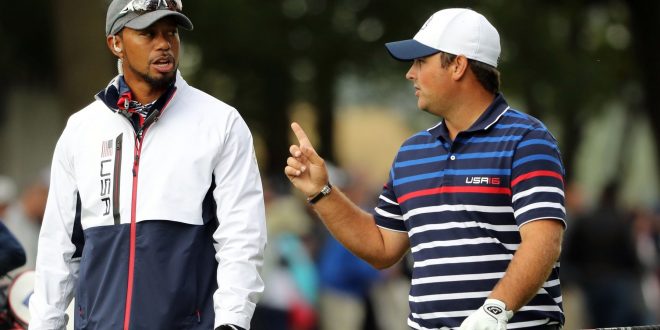 The 41st edition of the Ryder Cup tees off on September 30 and extends through the end of the weekend. The tournament is being held in Chaska, Minnesota this year at the Hazeltine National Golf Club.

There's nothing like the 1st tee at the #RyderCup

This will get you pumped. https://t.co/XM7pCf0n8T

The 3rd ranked golfer in the PGA Tour, Rory McIlroy, believes that this may be the greatest European team ever assembled, while Team USA captain, Davis Love III, believes the U.S. just needs to play their game.

With the recent passing of golf legend Arnold Palmer, the U.S. team hopes to continue his legacy. NBC play-by-play man Mike Tirico discussed how Palmer will be honored at the 2016 Ryder Cup.

Fan chirping Team Europe​ at Ryder Cup practice​, is asked to put money where his big mouth is, for $100. Amazing. pic.twitter.com/mzlDzu2ASR