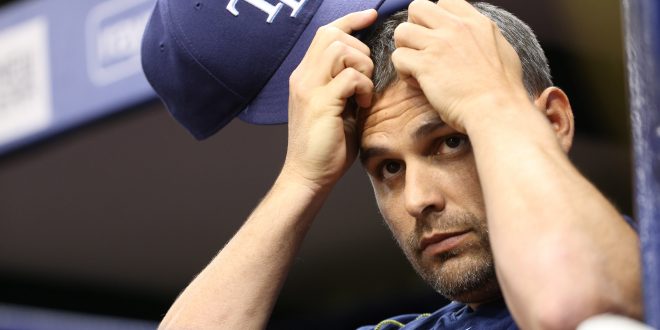 The Tampa Bay Rays wrapped up their season finale yesterday with a 6-4 extra inning victory over the Texas Rangers. The Rays finished the season 26 games under .500 and 25 games back of the AL East champion Boston Red Sox.

This marks the third year in a row the Rays have finished under .500 and out of the playoffs. Following a six-year stretch of winning seasons (five with 90+ victories).

Rays manager Kevin Cash remains optimistic about the future and spoke on the fight and performance of his team this season.

Chris Archer: After an impressive 2015 campaign, the pre-season ace struggled to find any consistency all season. He saw his ERA rise to over 4.00 for the first time in any season he’s recorded 30 or more innings.  This led to a disappointing 9-19 W/L total leaving Rays front office staff questioning the front end of their rotation.

The clubs’ offense did not do much to help out their pitching staff. Their 672 runs scored were second to last in The AL. With a combined team batting average of .243 that finished last in the AL, the Rays will look to improve the offensive production this off-season.

Although a disappointing 2016 campaign, the Rays will return a core of starting pitching next spring. Chris Archer, Alex Cobb, Drew Smyly, Blake Snell, Chase Whitley, and Matt Andriese all set to return.

The Rays are optimistic about Matt Duffy making a significant impact in 2017, following season ending surgery this September on his left heel.

GM Matthew Silverman will have a lot of players to evaluate, and decisions to be made in an effort to get the Rays back to competing in an American League East Division.