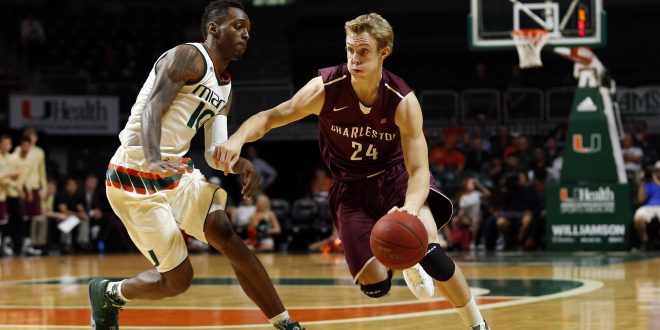 Overall, he was awarded two-time Academic All-American, CAA Winter Sports Scholar-Athlete Award, CAA All-Rookie Team, and more during his time as a Charleston Cougar. Oh and bye the way, he is also the son of NBA Hall of Famer, Rick Barry.

From the CAA to the SEC

But now… it’s great to be a Florida Gator.

The 2016-17 roster is looking to be filled with talent and balance. It’s this collection of players along with coach Mike White and his staff that attracted Barry to the team.

He said the transition from CAA to SEC has challenged him, but he’s confident about the team making it to their first NCAA tournament since 2004.

Canyon Barry talks underhanded FT shooting and his role with the Gators. pic.twitter.com/bmd38KAAUr

The first half of the season will be played mostly on the road, but Barry is ready to play in the O’Dome.

Before Berry can get in the O’Dome he and the Gators will have to play the bulk of the non-conference schedule on the road The first game of the season will be October 26 against Eckerd College in Jacksonville, Florida.