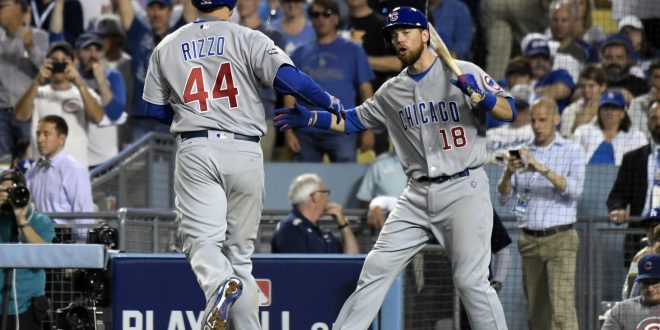 Revitalized Cubs Ready For Game 5 of NLCS vs. Dodgers

Twenty-four hours ago, the insidious whispers about the Cubs began. How could the best team in baseball get shut out in two consecutive games? How could they actually fall to a 2-1 series deficit? But after a 10-2 rout of the Dodgers in Game 4 of the NLCS, Chicago heads into Game 5 with new life.

Look Out For Lester

Jon Lester toes the rubber for Chicago tonight and the left-hander has been superb in October. In fact, he’s given up just one run in 14 innings. That lone run came in his six inning start against Los Angeles in the Game 1 win. Much like teammate John Lackey, Lester draws upon previous postseason experience to aid him. He has a 2.57 ERA in 112 innings. The deep Dodgers lineup has also struggled this season against lefties. In the postseason, they have a .187 AVG and .581 OPS against lefties. Lester also finished his final 12 starts of 2016 9-1 with a 1.46 ERA.

The Dodgers posted an @MLB-worst .213/.290/.332 line against lefties in the regular season – and face LHP @JLester34 tonight. pic.twitter.com/F4NbZwbQek

Chicago still doesn’t have answers for Clayton Kershaw (Game 6 starter) or Rich Hill, but they can rest assured that they’ve already knocked today’s Dodger starter around. Los Angeles sends Kenta Maeda to stop the revitalized Cubs. He finished with four innings, three runs and three walks in Game 1. The 28-year-old Japanese pitcher has yet to find his footing this postseason. In a relief appearance against Washington in the NLDS, he surrendered four runs in three innings. L.A. manager Dave Roberts says the key is to get ahead of Cubs batters early.

The Dodgers are still reeling from the shocking instant-replay call of a play at the plate in the second inning of a scoreless Game 4. Adrian Gonzalez, who was called out despite the fact that his hand touched home plate before the tag, says that changed the momentum of the game. He went on to say it was “Us against the world”. While saying the Dodgers need to win Game 5 sounds obvious, it can’t be stressed enough. This is the last game the team will have at home this series. They’re already guaranteed a Game 6 in Wrigley Field, and a potential Game 7 remains in the Windy City. The Dodgers must trudge on without feeling the ill-effects of the bad call. 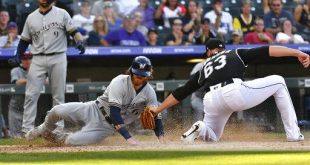 With Opening Day turning the corner and heading for home, it’s time to talk baseball. …