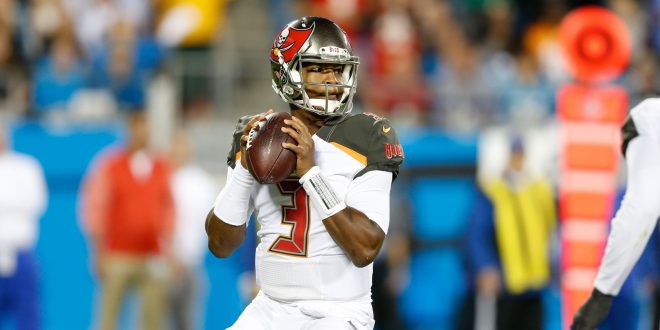 NFL Preview: Buccaneers Look for Another Road Win in California

The Tampa Bay Buccaneers will be traveling to the west coast to face off against the 49ers Sunday. Tampa Bay (2-3) is coming off of a bye week after beating the Carolina Panthers on the road. Tampa Bay is the favorite in the game against San Francisco as the Niners have only won one game this season.

The 49ers are coming off of a loss to the Buffalo Bills after what looked to be a promising start. San Francisco fell apart in the fourth quarter allowing three touchdowns by the Bills.

Meanwhile, Tampa Bay has a laundry list of injuries including one of the best defensive tackles in the NFL, Gerald McCoy, who has a calf injury. Also on the list are running back Doug Martin and cornerback Brent Grimes. Both are both dealing with hamstring injuries.

Although McCoy has been struggling with his calf injury he was able to return to practice Wednesday on a limited basis, according to the Bucs official site. McCoy says the defense has been working on a no-huddle offense in practice to prepare for the pace of 49ers QB Collin Kaepernick.

McCoy says not many quarterbacks in the league have the athleticism to get don the field quickly like Kaepernick.

The last time San Francisco and Tampa Bay met was in 2013 when the 49ers took on the Bucs in Tampa—destroying the Bucs 33-14.

Sunday’s game will be the first time that Tampa Bay’s QB Jameis Winston will go head to head with Colin Kaepernick.

The #Bucs head to San Fran to face the 49ers on Sunday!
How are the experts predicting the game?