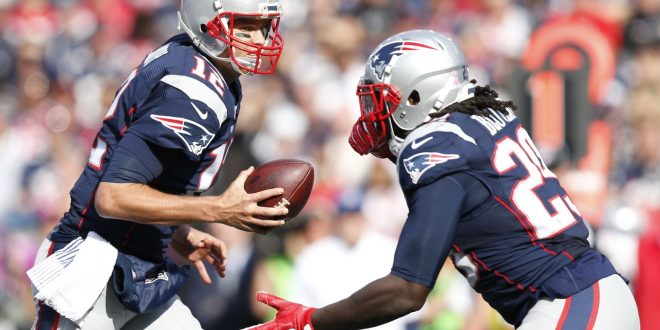 Nearing the midpoint of the 2016 NFL season, teams start to define where they stand in the league. A clearer image of the top-tier teams, as well as the lowly bottom dwellers, starts to carve itself out. Several key games headline the weekend, including a continuation of the NFL in London, games that have been met with some scrutiny as of late. Here are some of the pivotal games for Week 7.

Two of the biggest markets in the United States take their football teams across the Atlantic to lead off Week 7 in London. Kickoff is set for 9:30 a.m, which has actually been considered a problem for some sports fans. NFL ratings have been lower than usual, and many blame these early games for the dip in views.

Either way, the game will be played. The two teams playing have both been struggling to find consistency in the win column. The Giants are coming off a 27-23 comeback win against the Baltimore Ravens in which New York wide receiver had a feast, burning the Baltimore secondary for 222 yards and two touchdowns. The Giants offense had a rough start to the season, only scoring above 20 points in three of their six games.

Jeff Fisher’s Rams will need to improve a defense that has was highly touted to begin the year, but has fallen to the middle of the pack. Los Angeles ranks 17th in the league in opponent yards per game, and with an offense not built on carrying games, something has to give. Todd Gurley needs to improve upon his disappointing start to his sophomore campaign, as he’s averaging 2.9 yards per carry after a rookie year that saw him win Offensive Rookie of the Year.

Oh, how things have changed. Only a month-and-a-half ago, Sam Bradford was in training camp with the Philadelphia Eagles, ready to take on the role of mentor as the Eagles groomed 2016 second overall pick Carson Wentz for next season.

Now, Bradford leads the undefeated Vikings, who traded for him a week before the season started after a freak injury to Teddy Bridgewater. Not only has he kept the team afloat in the midst of the devastating losses of Bridgewater and All-Pro running back Adrian Peterson, but he has thrived. The offense looks smooth, and the defense has been swarming.

The Eagles forgot about their plan of wait-and-learn for Wentz, who’s been the starter since Week 1. Wentz has played beyond his experience, and although the hot start simmered down after two losses to Detroit and Washington, the team looks to have a bright future.

As Bradford makes his first return to Philly since the trade, surely he can look forward to an open-armed welcome from the City of Brotherly Love—or not.

You can’t have a much worse week as a division leader than the Pittsburgh Steelers have had. After a discouraging 30-15 loss to the lowly Miami Dolphins, the Steelers got news of star quarterback Ben Roethlisberger’s knee injury that could sideline him for over a month. That puts the offense in the reins of Landry Jones, who completed only 58 percent of his passes in two games last year, throwing four interceptions and three touchdowns.

Mix that with a defense that struggled mightily to control the run last week, and a Patriots offense that ranks seventh in rush yards per game, to go along with Tom Brady’s ability to shred opposing defenses, and the matchup looks scarier by the minute. Brady looks to continue his so-called “revenge tour”, as he has thrown 782 yards in only two games after serving a four-game suspension.

The Texans are coming off a nail-biting victory over the Indianapolis Colts that was won after a 14 point comeback that pushed the game into overtime. Confidence should be high, but the team still has questions that need to be answered, starting with Osweiler. The Texans spent big money betting that he would become a franchise quarterback, and through the first six weeks, the results have been a mixed bag. The fifth year quarterback has thrown for eight touchdowns to go along with eight interceptions and a completion percentage of only 59 percent.

After a 4-0 start to the season, the Broncos struggled to find any consistent offense the past two weeks, putting up a combined 29 points against the Falcons and Chargers.

With an offense that struggles so mightily, it opens holes in the defense and allows teams more time to figure them out.