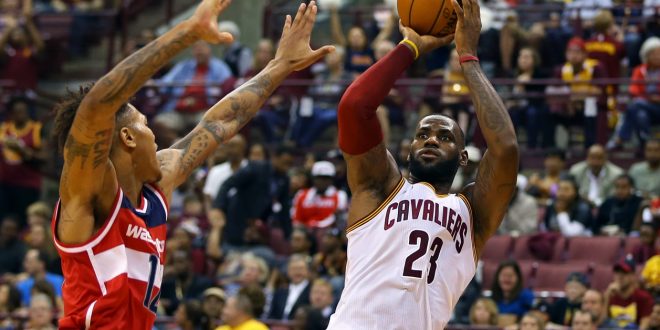 As the NBA launches a new season Tuesday, the Cleveland Cavaliers will still be celebrating last season’s championship before their first game.  Their new banner will be unveiled and a ring will be placed on their finger, all in front of the New York Knicks’ jealous eyes.  It may be time to buckle down and get focused, but coming back from a 3-1 deficit and winning their first championship in 46 years is a reason a celebrate. 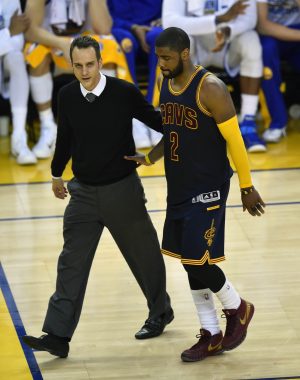 This season brings more positives than the last.  The Cavs will be coming in with healthy starters, which couldn’t be said last year with LeBron James dealt with anti-inflammatory back injections.  Kyrie Irving didn’t start the season because of a knee injury that resulted in surgery from the 2015 season.  Iman Shumpert also didn’t start the season with his injured wrist. But tonight, the starting lineup will be King James, Irving, Kevin Love, JR Smith and Tristan Thompson, which was the same lineup that was ranked No. 1 for the 2015-2016 Playoffs Lineups.

You won't believe how much Dan Gilbert is paying for the Cleveland Cavaliers this season https://t.co/tomWi8c3do

The 23 year old battled to get back on the court after his knee injury. But he also had off-the-court drama involving his ex-girlfriend and child support. After a much needed pick-me-up with a gold-medal-winning Team USA, Irving comes into the season with strong confidence.  He projects in the top-10 scorers this season after averaging 27 points in last season’s Finals.

Although some teams in the Eastern Conference have improved, it should be no match for the repeating Cavs championship lineup.  The highly anticipated match-up between the Cavs and the Golden State Warriors won’t take place until Dec. 25.  Unlike the Cavs, the Warriors seem to have a tougher journey to the Finals.  With Cleveland’s returning championship squad, they have already meshed well.  Now it is time to see how if the Warriors will find their new chemistry.

LeBron James’ goal to win another NBA MVP award could very well come true this season.  If James grabs the accolade, he will tie legend Michael Jordan with five MVP awards.  He seems to be the favorite among most fans this season.  Behind LBJ, expect a lot of success to be had by the end of the season with a probable path to the championship.