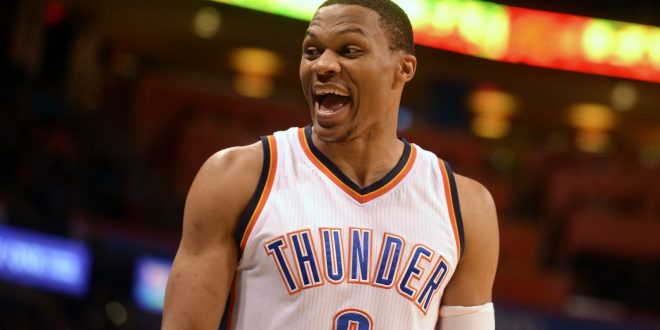 The OKC Thunder will face the Philadelphia 76ers at the Wells Fargo Center on Wednesday at 8 p.m. as both teams open their 2016-2017 NBA seasons.

Oklahoma City is coming off of a powerful season behind head coach Billy Donovan. During his first NBA campaign, Donovan led the Thunder to a Northwest Division title and a spot in the Western Conference Finals in the 2015-2016 season.

Donovan looks to repeat some of his coaching achievements this season, but he may face some challenges now that Kevin Durant has joined the Golden State Warriors.

The Thunder has other players stepping up in Durant’s absence. Guard Russell Westbrook will fill that void. He will pick up the pieces and lead the team. Last season, Westbrook averaged at least 23 points and 10 assists per game.

Victor Oladipo and Steven Adams are two other names on Donovan’s roster that are sparking some hope.

Donovan had recruited Oladipo back when he was the head coach of the Gators in 2010. He chose not to offer a scholarship to Oladipo, who went to Indiana instead, where he eventually became the No.2 overall draft pick in the NBA.

The Sixers have faced numerous injuries to key players, which could impact their performance against the Thunder.

The wait is over. pic.twitter.com/7MF8yGYyeJ

Philadelphia’s No.1 overall pick Ben Simmons is out from a Jones’ fracture surgery, Nerlens Noel could be sidelined for a while as he is set to have knee surgery and starting point guard Jerryd Bayless is out with a wrist injury.

The 76ers’ key areas of transition and defensive rebounding will be tested by the Thunder. Philadelphia will have to find a way to match OKC’s physicality and momentum.