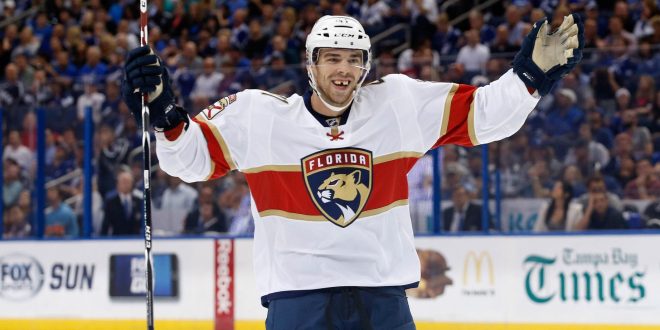 The Panthers and Maple Leafs match up tonight in Toronto at Air Canada Centre where Florida looks to bounce back after a loss.

The Panthers (3-2-1) are coming off a 3-2 loss against the Pittsburgh Penguins on Tuesday. Florida took an early 2-0 lead with goals by Reilly Smith and Mark Pysyk, the first NHL goals for each. But in the first game back from his concussion, Penguins captain Sidney Crosby cut the score in half on a power play goal in the second period. The Penguins followed that up with two more goals in the third from Carl Hagelin and Eric Fehr and the Panthers were unable to retaliate.

The Maple Leafs (1-2-3) are also coming off a crushing loss against the Tampa Bay Lightning Tuesday night. Toronto goaltender Frederik Andersen let in seven goals on just 24 shots. The Lightning took a 4-0 lead in the first two periods and the Leafs spent the night trying to catch up.

The Leafs were able to score three on Lightning goaltender, Ben Bishop, with goals from William Nylander, Auston Matthews, and James van Riemsdyk. However, the Lightning took home a 7-3 victory.

Panthers Jonathan Marchessault leads the team with eight points, with Aleksander Barkov behind him with five. Leafs Auston Matthews is leading the league with six goals so far this season, four of them coming from his first NHL game against the Senators.

Nylander isn’t far behind, with nine points so far in the season. Though the Leafs have had trouble winning games, they’ve definitely been getting pucks into the net.

Panthers goaltender James Reimer held his weight against Pittsburgh with 19 saves on 22 shots. Previously a goalie for the Leafs, Reimer could get the chance to start against his old team tonight. But whether it’s Reimer or Roberto Luongo in net for the Panthers, the defense will need to block shots and avoid breakaways with some of the league’s top scorers on the ice. 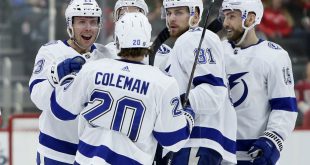 Lightning Set for Rematch With Columbus

Hockey is underway, and the Tampa Bay Lightning make their return this afternoon against the …