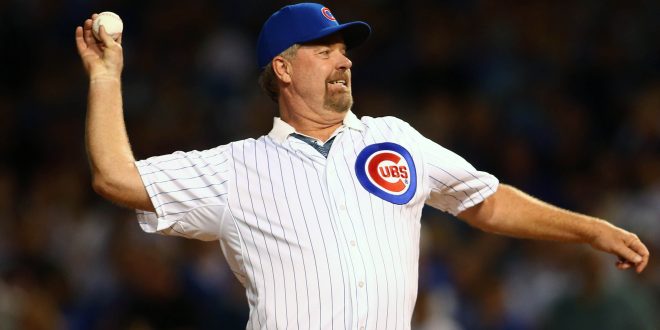 Sutcliffe has dual-alumni membership with Cleveland and Chicago, pitching for both clubs in 1984. After making the All-Star team for the Cleveland Indians in 1983, Sutcliffe was traded to the Chicago Cubs the following year. He had a successful season with the Cubs, going 16-1 to win the Cy Young Award. Sutcliffe also led the Cubs to the playoffs. Sutcliffe said he is extremely grateful for his time with both teams, who ironically are facing each other in the World Series.

Both the Chicago Cubs and Cleveland Indians have had extremely successful seasons thus far and it has a lot to do with the team’s managers. Analyst Rick Sutcliffe said Terry Francona and Joe Maddon are two top managers that have been able to get the most out of their players.

As Game 7 is approaching, the teams have already been forced to change their original game plans. The Cubs planned on finding success by taking advantage of the Indians pitchers’ unlocated fast balls. However, Josh Tomlin and Corey Kluber continue to throw strike after strike in the World Series. Sutcliffe said the Cubs are now better aware of Tomlin’s curveball and are now waiting for it during their at bats.

As for tonight’s game, Sutcliffe said he does not expect to see Jon Lester on the mound. He also suggested that the Cubs will look for breaking balls early in the count and try to take the lead early.

For the Cleveland Indians, Sutcliffe classifies Francona as a great manager. He has constructed a solid lineup and Sutcliffe said Francona is “going to put the game in motion.”

Tonight, the final game between the two teams with the longest combined championship droughts in history at 178 years takes place. Sutcliffe is among the many to reiterate that there is indeed a lot at stake in just a few hours.

“I think this will probably be the highest rated baseball game in a long, long, long time,” Sutcliffe said. First pitch is set for 8 p.m.