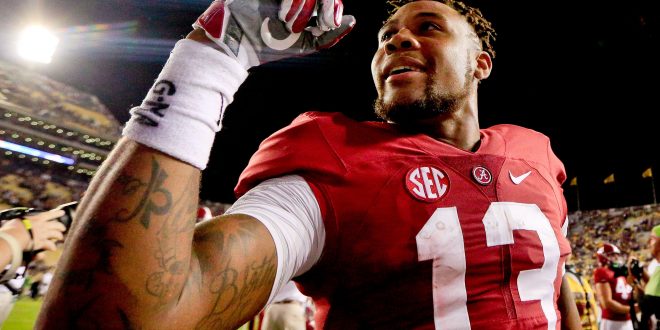 The AP Top 25 for Week 11 was released Sunday afternoon and Alabama once again stays on top. The Crimson Tide received all but one vote for the No. 1 spot after freshman quarterback Jalen Hurts scored the only touchdown in Alabama’s 10-o victory over LSU.

The AP poll has been around 80 years.

In that time, @AlabamaFTBL is just the 3rd team to record 13 straight wins against ranked opponents. pic.twitter.com/MaLGA5kU4d

The other vote went to Michigan, who holds on at No. 2 after trouncing Maryland, 59-3.

Texas A&M faced an unexpected upset against unranked SEC foe Mississippi State. The Aggies tumbled from No. 7 to No. 10.

The Ohio State Buckeyes won in a 62-3 blowout over Nebraska. The 59-point setback caused the Cornhuskers to fall out of the top 10 to No. 21.

#Huskers fall from No. 9 to 21 after suffering 2nd-worst defeat (59 points) by Top 10 team in AP poll history. https://t.co/OXNksYxerm pic.twitter.com/sCIuKrHLFS

The Florida Gators were another team to drop significantly. Last week, the Gators checked in at No. 10, but after falling to unranked Arkansas 31-10, Florida slipped down a whopping 12 spots to No. 22. The same went for Baylor, sliding from No. 13 to No.25 this week.

No new teams entered the poll in Week 11. 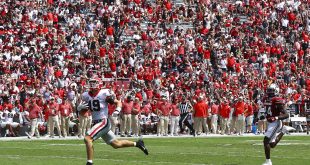 The Philadelphia Eagles remain unbeaten as they overcame adversity, rallied against the Jacksonville Jaguars and …