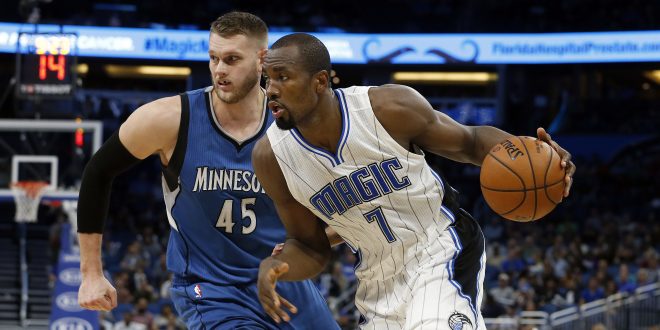 The Magic (3-5) are looking to break their two-game losing streak on Friday night as they take on the Jazz (5-4) at home.

Orlando’s season so far has been up and down. They started with three straight losses, then followed that up with three straight wins. But it seems like the team is back to where they started. The Magic have lost their last two games against the Chicago Bulls and Minnesota Timberwolves by double-digit margins.

The Magic have the advantage on rebounds per game, averaging 43 rebounds over Utah’s 40.9. The Magic need to keep up this pace in order to slow the Jazz offense and have a better chance of winning.

The Jazz are coming off a 104-98 loss against the Charlotte Hornets. Point guard George Hill, who leads the Jazz in points per game, assists per game and field goal percentage, was unable to play last game because of a sprained right thumb. Though shooting guard Gordon Hayward scored 17 points in the first half for the Jazz, the team couldn’t hold on to their lead. Hill is day to day.

Orlando allowed the Timberwolves their first road win in last night’s game with a final score of 123-107. By the second half, the Timberwolves led by 30 points. Orlando’s defense was once again the weakest factor in the game. Nikola Vucevic led the Magic with 24 points but it was not enough to overcome the Timberwolves’ lead.