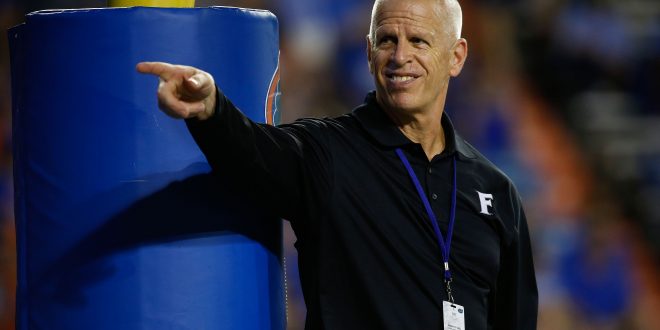 Foley to Be Enshrined in Florida Sports Hall of Fame

From interning at the box office in 1976 to being Athletic Director of the University of Florida, Jeremy Foley’s career was nothing short of incredible.

Tuesday, November 15, at TPepin’s Hospitality Centre in Tampa, Foley will be enshrined into the Florida Sports Hall of Fame as a member of the Class of 2016.

Amazing class to be inducted into @FlaSportsHOF Nov. 15 in Tampa. Be a part of the event at https://t.co/vGw0cbWQEr https://t.co/wo3o7q2I7v

Foley set many records as Athletic Director of Florida. Perhaps his most impressive is becoming the first and only A.D. to supervise a program that has won multiple national titles in football (1996, 2006, 2008) and men’s basketball (2006, 2007). Collectively, 27 UF teams have earned the title ‘national champions’ on his watch. The only major sport to not win a national championship in Foley’s tenure is baseball. Despite not winning a ring in Foley’s 24 years at Florida, the Gator baseball team has made eight College World Series appearances in that time frame. Gator athletics also won 130 Southeastern Conference titles, which is more than half of the program’s 229 conference titles.

The Florida athletic program has ranked among the top 10 for 33 consecutive years (1983-2016) and among the top 5 in the last 18 of 25 years. Because of their success, Florida became the first program to win the Capital One Cup, which crowns the most successful programs in men’s and women’s sports every year, in both men’s and women’s competition. The award for winning the Capital One Cup is $200,000 in graduate scholarship money.

Foley is not the only sports who will take party in Tuesday’s program, though. Others who will be inducted include: Johnny Damon for his accolades while playing baseball at Dr. Phillips High School, Phil Esposito for pioneering the way to establish the Tampa Bay Lightning in the National Hockey League, John Gruden for his tenure as the Tampa Bay Buccaneers head coach, and Allison Joly for her achievements in the sport of sailing.