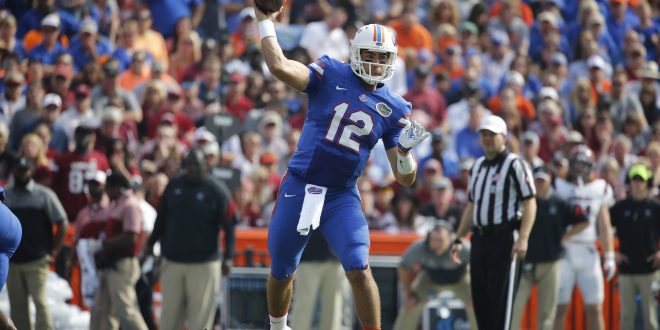 The No. 21 Florida Gator football team took down South Carolina in the Swamp Saturday in their final home game of the season to improve to 7-2 on the season. UF will use this week to prepare for their rescheduled game against the LSU Tigers this weekend in Baton Rouge. The Gators can clinch the SEC East and earn a second consecutive appearance in the SEC title game with a win over LSU.

The Gators were originally scheduled to host the Tigers in Gainesville but the game was postponed due to Hurricane Matthew. Florida gave up home field advantage to travel to LSU and play all eight SEC games to remain eligible to participate in the SEC championship, if they were to make it. Head Coach Jim McElwain took to the media to address injuries and other keys to their game against LSU.

In the past two games, the Gators have suffered the most injuries that Coach McElwain has ever had to deal with in that short of a game span. McElwain spoke about the lengthy injury report in his press conference today.

McElwain says it will be very tough for linebacker Jarrad Davis to be ready to go against LSU this Saturday, still nursing injured ankle

Jarrad Davis is not expected to play against LSU and Luke Del Rio is still out with a shoulder injury. Bryan Cox and David Sharpe both suffered leg injuries in the Gators win over South Carolina and are unlikely to play this weekend. Tyler Jordan and CeCe Jerfferson are listed as questionable at this time and will be watched closely this week. Lastly, Alex Anzalone, Cam Dillard, and Marcus Maye are all dealing with season ending injuries.

While preparing, for LSU McElwain said that its fun to see some of the other guys stepping up to take the spots of the injury ridden upper classmen. He also said that Quarter Back Austin Appleby did what he was supposed to do for the most part against South Carolina.

McElwain said that the environment of LSU is extremely special, and that the Tigers are a great team with a bunch of “real guys”.

The Gators will head to Death Valley for a matchup with the Tigers on Saturday at 1 p.m. 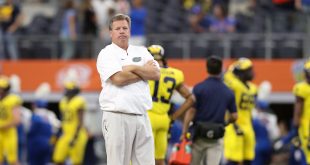