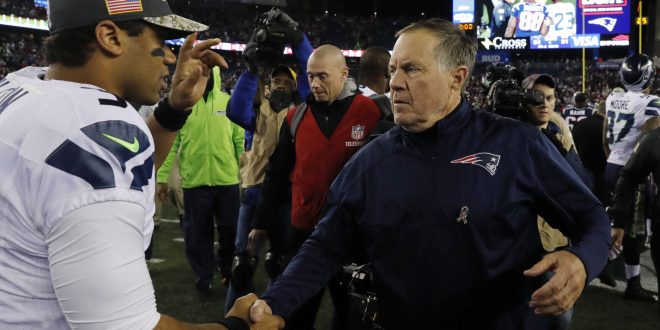 NFL Week 10 Round Up

NFL Week 10 had a little bit of everything, as we saw young quarterbacks outplay established veterans across the board.

Tennessee Titans QB Marcus Mariota led Tennessee to an impressive 47-25 victory over Aaron Rodgers and the Packers.  Mariota threw for four TD’s and 295 yards as the Titans improved to (5-5) overall with the win. Meanwhile Green Bay dropped their third consecutive game as they fall to (4-5) on the season.

Winston scrambled away from Chicago defenders all day, including avoiding a near safety in the third quarter, as he then hooked up with Mike Evans for a key 39-yard completion on third down.  The catch set up an important touchdown drive extending their lead to 14.

The Chiefs just continue to find ways to win.  Despite not scoring an offensive touchdown in the game, Kansas City rallied down 17-0, scoring the final 20 points of the contest to edge out Cam Newton and the Panthers on a last second Cairo Santos field goal as time expired.

Chiefs DB Eric Berry sparked the turnaround with a 42-yard fourth quarter interception return for a touchdown.  The win improves the Chiefs to (7-2), and puts them in a two-way tie with Oakland atop the AFC West.

The Philadelphia Eagles avoided a third straight loss, as they got a massive home win 25-14 over the Atlanta Falcons.  Ryan Mathews rushed for two TD’s and 109 yards on 19 carries, including the go ahead five-yard score with 6:53 to go in the fourth quarter.

The win improves Philadelphia to (5-4) keeping them in the thick of the Wild Card mix, while Atlanta (6-4) maintains a game and a half lead over Tampa Bay in The NFC South.

Trailing 23-17 with just 1:22 to play in the fourth quarter, Drew Brees connected for a 32-yard touchdown pass to Brandin Cooks for what should have given the Saints a late lead.

However on the ensuing PAT attempt, the Broncos Justin Simmons leaped over the line, blocked the kick which was then picked up by Will Parks who took it 84 yards for a two-point defensive score and 25-23 victory.  The Saints drop to (4-5) with the loss while the Broncos playoff hopes are looking very strong as they improve to (7-3).

Phillip Rivers threw four fourth quarter interceptions, the most crucial of which coming with 1:12 to go in a 24-24 game.  The Chargers were driving and appeared to be headed towards a potential game-winning field goal try, however Dolphins LB Kiko Alonso picked off Rivers and took the ball 60 yards for the game winning score.

The Dolphins improved to (5-4), winning in San Diego for the first time since 2005.  A crushing loss for the Chargers playoff hopes as they fall to (4-6) losing ground in a very competitive AFC West.

Rookie phenom Ezekiel Elliott rushed for 114 yards and two touchdowns, including a 32 yard game-winning score with 33 seconds left to give The Cowboys a 35-30 win over The Steelers.

The win is the eighth in a row for Cowboys breakout QB Dak Prescott. Meanwhile, Pittsburgh has now lost four straight, including two games since QB Ben Roethlisberger returned from injury.

In another classic game between these two teams, the Seahawks this time came up with the goal line stand that would prove to be the difference.  A Russel Wilson touchdown pass to Doug Baldwin with 4:24 remaining put Seattle up 31-24.

The Patriots would not go quietly however, as they drove down to the Seattle one-yard line.  Brady came up short on a QB sneak on first down.  RB LeGarrette Blount was stopped inches short of the goal line on the Patriots second down effort.  Brady then fumbled the snap on a third down QB sneak attempt, setting up a do or die fourth down with 14 seconds remaining. Brady’s pass to TE Rob Gronkowski fell incomplete in the corner of the end zone and the Seahawks held on in a thriller 31-24.  Both teams remain atop their respective divisions.