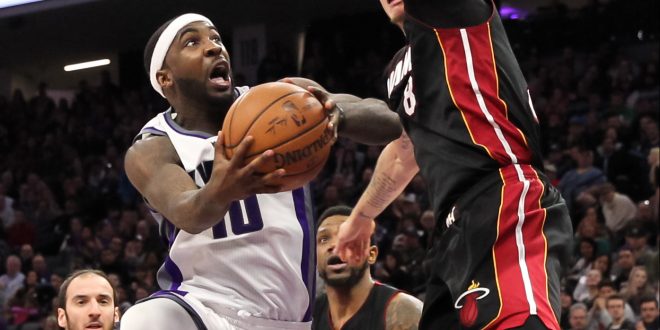 The Miami Heat and the Orlando Magic were both in action last night.  The Heat ended their six-game losing streak in a 107-102 win over the Sacramento Kings. The Magic did not fair as well as they lost their third game in their past four attempts with an 111-92 loss to the Atlanta Hawks.

The Heat Played a thriller in Sacramento defeating the Kings by five.  The Heat were led offensively by their guard Tyler Johnson.  Johnson led all scorers with 23 points on 7-11 shooting, including two threes.  After the game, Johnson praised his teammates for playing hard and coming out on top in another close game. The Heat have struggled in closing out game this season. This win could give this young Heat team confidence as they travel to Los Angeles to take on the Lakers on Friday, January 6th.

This will be the second meeting of the year between the Lakers and the Heat.  The Heat won the first matchup 115-107 in Miami.  The Heat look to keep winning against the Lakers as they look to build some momentum on the season.

The Magic were not able to stop the Hawks last night as they fell 111-92.  This was the Hawks fourth win in a row, in another return of Dwight Howard to Orlando.  The Magic have been one of the most inconsistent teams in the NBA so far on the season, with a record of 16-21.

The Magic stay home next and face the Houston Rockets on Friday, January 6th.  This will be the first of two match-ups between the Rockets and Magic this season.