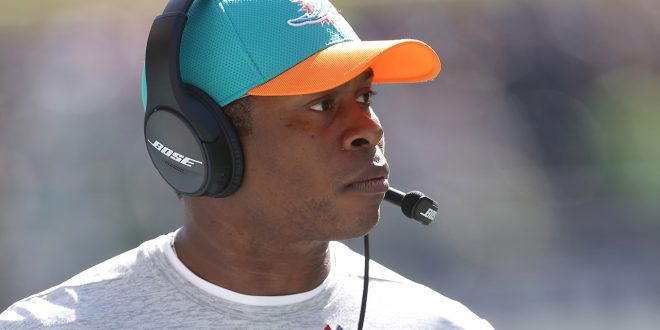 Vance Joseph Tagged to be the Head Coach of the Broncos

It has been quite the month for Denver Broncos general manager John Elway and the Denver Broncos. After an embarrassing showing against the Chiefs in Week 16, which eliminated them from playoff contention, head coach Gary Kubiak decided to step down due to personal health reasons after the last week of the season. This comes in the same year the Broncos won Super Bowl 50 in Kubiak’s first year as head coach.

Elway was able to start his head coaching search early and didn’t spend too much time on the lookout.

Excited to announce Vance Joseph as head coach of the Denver Broncos! pic.twitter.com/m87uUn9KXs

Joseph has been a defensive backs coach dating back to his first job at the University of Wyoming. His first NFL job was with the San Francisco 49ers as an assistant defensive backs coach. He then hopped to Houston and Cincinnati before becoming the defensive coordinator in Miami in 2016.

The Dolphins finished 10-6 largely due to Joseph and his successes as defensive coordinator. It was easily Miami’s most consistent unit despite dealing with injuries all season long. During their lone playoff game against the Steelers this past weekend, Miami was down their two starting safeties, a starting cornerback, and two starting linebackers were playing hurt. 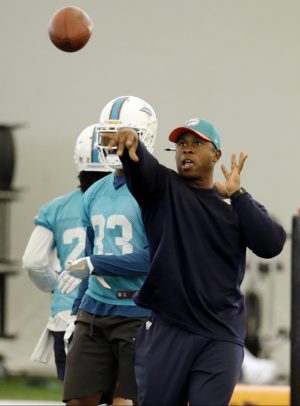 This is an interesting hire for Elway. He has two young quarterbacks in Trevor Siemian and Paxton Lynch. Rather than get an offensive-minded coach to groom those young guys ,he went with Joseph. Admittedly, a guy who has quickly moved up the chain in the coaching world. “He has great leadership qualities and a strong vision of what it takes to win,” the Broncos GM said after interviewing Joseph on Tuesday.

As for who the Dolphins will get to replace Joseph, early reports are saying that linebacker coach Matt Burke is the heavy favorite to take over the position. Head coach Adam Gase is entering his second season at the helm in Miami. So, if he does go that direction, continuity played a larger part in that decision.