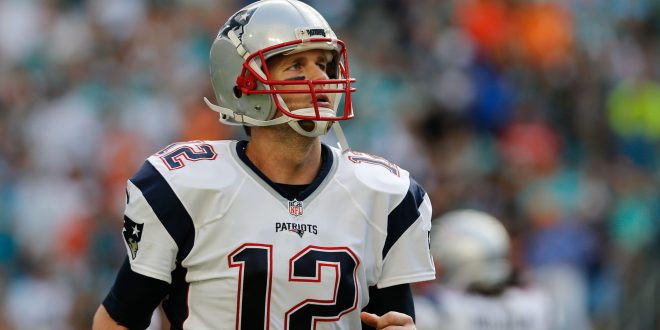 The  New England Patriots will make a postseason appearance for the eighth consecutive year, alongside the Green Bay Packers (10-6). Both teams finished on top of their division, in route to their playoff streaks extending to a franchise high.

Another Year, Another Dominant Regular Season

Around this time of the year, regular season records are a non-factor, even for the New England Patriots (14-2). New England did only suffer only two regular season losses this year, and one of them came without quarterback Tom Brady. The other loss came to the NFC West leaders, the Seattle Seahawks (10-5-1).

All three division leaders have advanced to the second round of the playoffs, and will play again this weekend.

Despite ending the season at 14-2, the New England Patriots don’t have a team full of playoff experience. They have 19 players on their 53 man roster who have never played in a postseason game in the NFL.

Former lacrosse player Chris Hogan is one of those 19. Hogan was a key piece in the New England deep-threat offense. He will make his postseason debut when the Patriots host the Houston Texans (9-7). Hogan finished as the third leading receiver for the Patriots, tallying up 680 yards and 4 touchdowns.

Who else is ready for some #playoff football? @ChrisHogan_15 @Patriots #NFL pic.twitter.com/BNyN2HPRPE

The Patriots finished fourth in total offense (6,180 yards) and eighth on defense (5,223 yards allowed).  However, they’ll be facing off against Houston, a team that led the league in total defense.

The Patriots are still the favorites to win. Most visibly, this is because Houston ranks just 29th in the total offense (5035). Don’t expect this game to be too much of a shootout.

The Texans are coming off a playoff win over the Oakland Raiders, who were without their star quarterback, Derek Carr.

The Texans went after rookie quarterback Conner Cook, who was making his first NFL start. This week they are facing a 17-year-veteran, Tom Brady.

Even with the odds against them, the Texans can still pull out a win playing fundamental football, according to their head coach Bill O’Brien.