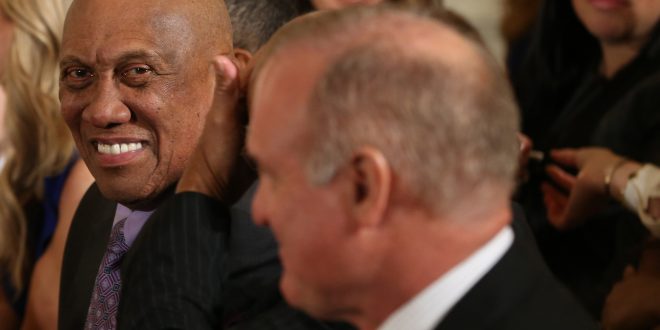 The 2017 Baseball Hall of Fame inductees will be announced on Wednesday evening. It’s taken about six weeks of intense arguing, discussion, and evaluation, but now we get to see whose predictions came true.  Induction is not as easy as some may think. Actually, there are a set of rules that ensure each candidate is given a fair chance to be inducted.

There are nine rules the BBWAA follows when selecting and inducting candidates. The process consists of authorization, electors, eligible candidates, method of election, voting, automatic elections, time of elections, certification of election results, and amendments. In order to become elected, candidates must earn a ballot cast of 330 and higher.

Last year’s inductees consisted of only two members; Ken Griffey Jr. and Mike Piazza. Jeff Bagwell finished the next closes with 315, but other greats like Barry Bonds, Roger Clemens and Tim Raines fell short. This year’s announcements will be very interesting.

Here are some comparisons to last year’s ballots.

And 2017 versus 2016 through 240 ballots for Barry Bonds, Roger Clemens, Edgar Martinez, and Curt Schilling: pic.twitter.com/wq6CMQleGw

Tim Raines and Jeff Bagwell are the two front runners currently in these final hours. Both candidates are over 85 percent each. In third, Ivan Rodriguez has tallied up 75 percent, but he could be in danger of falling under the 75 percent threshold according to Thibodaux’s collection poll. Vladimir Guerrero and Trevor Hoffman are next in line with votes in between the 70-75 percent marker. No other candidate has over 65 percent of votes.

Trevor Hoffman deserves to be inducted according to Jerry Crasnick because of the value he brought to his team.

As of Wednesday at midnight, there will be no more baseball activities for the foreseeable …