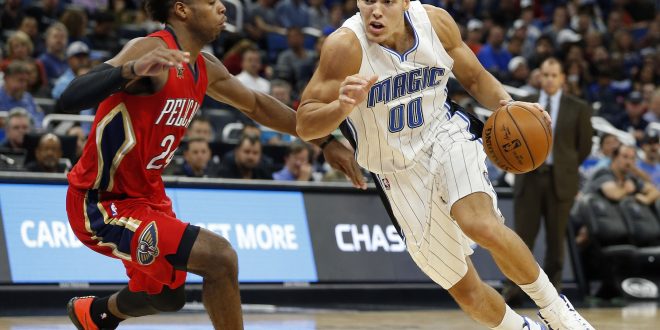 In their contest against an injury-riddled New Orleans Pelicans squad, the Orlando Magic hope to fly home with a much-needed victory.

The Orlando Magic (17-26) are ending their dreadful six-game road trip against the New Orleans Pelicans (16-26) at 8 p.m. Wednesday night.

Prior to kicking off their games on the road, the Magic had a record of 16 wins and 22 losses. Since then, they have dropped four of their last five games.

Listed as questionable by the Pelicans is the superstar center, Anthony Davis (hip contusion and thumb sprain). Davis is second in the league in scoring, averaging 29 points per game. Additionally, Pelicans guard Quincy Pondexter is ruled out for tonight’s game.

On the injury list for the Magic, marked as questionable is big man Bismack Biyombo (knee contusion) and combo-guard Evan Fournier (heel). Not having Fournier on the court tonight would especially hurt as he is averaging a team-high 17 points per game.

Due to both rosters having their leading scorers potentially out in tonight’s contest, the scoring can be expected to be exceptionally low. Not to mention both teams are tied for fourth-worst in offensive rating.

In their last meeting in November, the Magic were able to come away with the 89-82 win against the Pelicans. That match-up has something similar to Wednesday night’s — Anthony Davis may not be available. However, Fournier was active for the Magic on that night and he contributed significantly with 16 points. But, the player who shared the team-high scoring that night was Serge Ibaka, who is fully healthy and active for Wednesday’s contest.

It is that time of year where the rumor mill is full of trade possibilities and potential roster changes that could drastically alter teams’ seasons. The Magic have been involved in many of these rumors. Among significant trade pieces for the Magic are center Nikola Vucevic, Elfrid Payton and Serge Ibaka.

According to ESPN’s Zach Lowe, the Magic have shown interest in signing Miami Heat guard Goran Dragic. Reportedly, the Heat could ask for one or two first-round picks, which the Magic have but might be hesitant to trade.

Previous Chargers Charging On
Next 2017 Hall of Fame Announcements