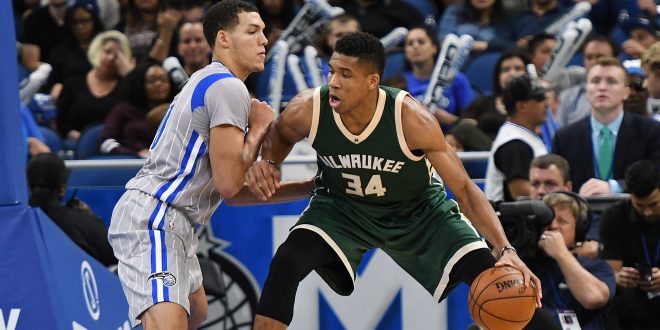 Magic Back at Home to Take on Bucks

Magic Struggling on Both Ends

A big part of the Magic’s Wednesday night loss to the Pelicans was their inefficiency on both offense and defense. The Pelicans took advantage of the Magic’s defense as four of their five starters reached double digits in scoring.

Magic head coach Frank Vogel said that the team’s poor offense was to blame for the loss as well as turning the ball over. The Magic turned the ball over 18 times, while the Pelicans finished the game with only eight.

Magic return home from their six-game road trip to face the Bucks on Friday. pic.twitter.com/nRrqtdySPY

Matching Up Against Milwaukee

The main concern for the Magic should be Giannis Antetokounmpo, who is currently leading his team in five categories. Yes, that’s right, five. Some of those include his 24 points, nine rebounds, and six assist per game. Antetokounmpo will be another challenge for the Magic, somewhat similar to how Anthony Davis was.

The good news for the Magic is that the Bucks are currently on a three game losing streak and lost their matchup against the Rockets last night. Regardless of the opponent, Coach Vogel said that his team must continue to move forward and stay positive.

As of Wednesday, Magic guard Jodie Meeks has been ruled day-to-day. Meeks suffered a dislocated right thumb in Wednesday’s game against the Pelicans. In addition, Magic guard Evan Fournier was ruled out and did not play on Wednesday due to a foot injury. There is no word as to whether he will play tomorrow.